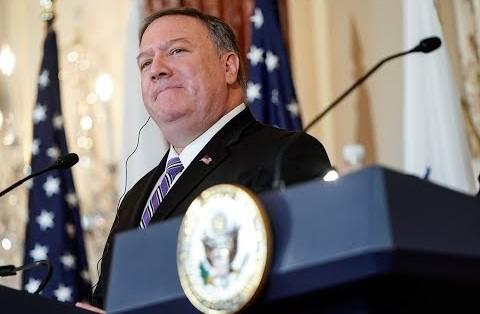 U.S. Secretary of State Mike Pompeo recently attended the 67th Bilderberg meeting in Switzerland. Officially, the meeting is described as a gathering of global leaders for the purpose of discussing and finding solutions to issues plaguing the world. But many suspect the meeting’s true objective is to further centralization of world power into the hands of a few people.

The first meeting took place in 1954 when leaders from Europe and North America decided to host a discussion on issues affecting both regions. It has been an annual event ever since. Influential personalities in the field of politics, business, and media are invited to attend the meeting. Some of the famous participants include Bill Clinton, Angela Merkel, Margaret Thatcher, Henry Kissinger, Tony Blair, and so on.

Participants are barred from discussing the meeting with outsiders. Summaries of discussions are not released to the public. This heightened secrecy has given rise to a belief that the Bilderberg meetings are a platform to set up a “One World Government” in which all decisions regarding the future of humanity are decided by a few powerful people. Many suspect that the members want to create a new world order where there is no middle class but only rulers and servants. The Bilderberg group is said to orchestrate wars around the world and utilize international organizations like the United Nations to control a country’s affairs. It is part of an international triad that includes the Trilateral Commission, an organization that seeks to develop cooperation between the U.S., Japan, and Europe.

“The Trilateral Commission represents a skillful, coordinated effort to seize control and consolidate the four centers of power: political, monetary, intellectual, and ecclesiastical. What the Trilateralists truly intend is the creation of a worldwide economic power superior to the political governments of the nation-states involved. They believe the abundant materialism they propose to create will overwhelm existing differences. As managers and creators of the system, they will rule the future,” Barry Goldwater, the Republican Party’s nominee for President in the 1964 election, says in his book With No Apologies (Business Today).

Organizers of the meeting have dismissed the claims of being an elitist, power-hungry club seeking world domination. The meeting apparently held news conferences until the 1990s, but they were later stopped after organizers saw no interest among the public.

This year, the meetings were largely focused on topics like Britain’s exit from the EU, the rising military and economic influence of China, threats from Russia, climate change, etc. One of the most important subjects was Turkey’s potential purchase of Russia’s S-400 missile defense system.

The deal was announced back in December 2017 and has been a cause for headaches for NATO and the U.S. Officials stated that if the deal moves through and Turkey acquires the S-400 system, it could pose a threat to NATO allies. The U.S. government is said to be considering sanctions on Turkey to prevent the state from going ahead with the deal.

In Switzerland, Pompeo also made a public statement regarding America’s current conflict with Iran saying that Washington was willing to talk with Tehran on the issue of nuclear technology. However, he warned that America would continue with its pressure campaign against the country.