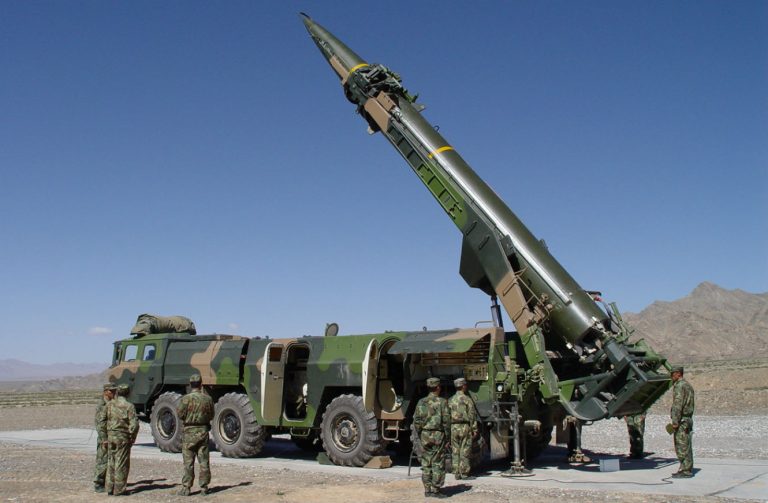 A recent U.S. military intelligence assessment revealed that China is doubling its stockpile of nuclear weapons as part of Beijing’s plan to strengthen its offensive capabilities. With Russia and China increasing their nuclear weapons development activities, the threat of nuclear war once again looms above us.

Lt. Gen. Robert Ashley, U.S. Defense Intelligence Agency director, said during a speech that China is likely to double its production of nuclear weapons in accordance to the nation’s plan for nuclear arsenal expansion over the next decade. Ashley also accused China and Russia of breaking an international treaty against nuclear testing. Both are allegedly testing low-yield nuclear weapons behind closed doors. Ashley’s allegations come just two years before the expiration of the New Strategic Arms Reduction Treaty (New START).

Despite Ashley’s words, no proof was provided to back up the allegations against China and Russia. But an intelligence official claims that since Russia has a history of violating arms treaties, it is possible that the country has conducted low-yield nuclear tests. As for China, U.S. officials are concerned about the number of smaller nuclear warheads the Far East country has in its arsenal. To make matters worse, China is set to develop more of these. Beijing’s ultimate aim is to field a nuclear triad — a 3-pronged military force structure consisting of land, air, and sea nuclear attack capabilities.

Tim Morrison, a senior director at the National Security Council, believes that the world should come together to fight the comprehensive nuclear threat. To remedy the tension, President Donald Trump reached out for talks with both countries under an all-encompassing arms treaty. However, Russia and China seemed disinterested.

Likelihood of a nuclear war

According to nuclear expert Alexander Bell, the chance of nuclear war is likely because, well, nuclear weapons exist. Surprisingly, the tension between the U.S., Russia, China, and other countries with nukes have triggered little talk about the potential of an end-all war. There are enough nukes to wipe out humanity and nations are on a race to develop more such deadly weapons.

Take, for example, the U.S. and Russia. If it wasn’t for the treaties capping their stockpiles, both would go on to test and create deadlier nukes due to fear of one another. This is why Russia’s ditching of nuclear weapons agreements is a danger since it will force the U.S. to do the same. As for China, the communist regime wants to dominate the Pacific and neighboring nuclear states like Pakistan and India. The Doomsday Clock is ticking, and the Bulletin of the Atomic Scientists has set the clock two minutes before “midnight,” a metaphor of the likelihood of a man-made apocalypse.