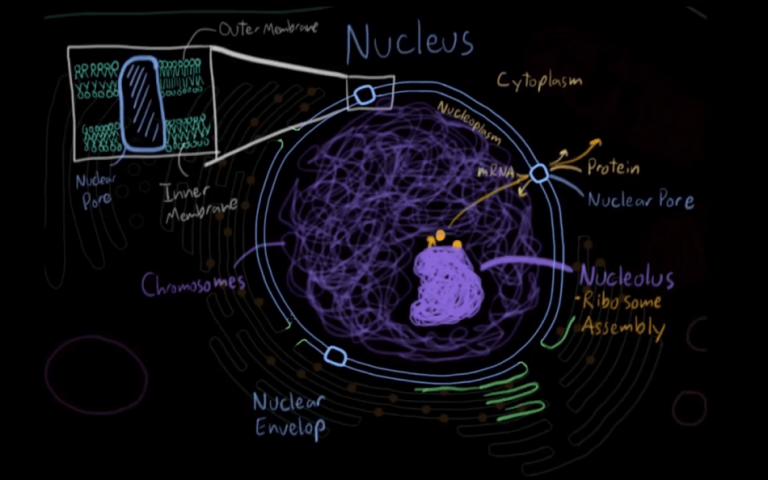 The nuclear lamina (NL) is a thick protein network present inside the nucleus of cells. It is known to regulate critical cellular activities like DNA replication and cellular division. In addition, it also provides the cells with mechanical support. Now, a team of scientists has identified another important role of the NL — to arrange the genetic material present inside the cells.

Mysteries of the nuclear lamina

The nuclear lamina is known to be responsible for intranuclear chromatin architecture. Any mutation in their proteins has a high chance of causing diseases like progeria, which triggers rapid aging in human beings. NL proteins are able to change the density and chromatin structure of the nucleus.

The researchers studied NL interactions with chromatin and discovered that the nuclear lamina performs two functions in chromatin organization. The team destroyed the NL in the cells of flies and analyzed how it would affect the packaging of chromosomes present inside the nucleus. They discovered that the chromosomes had shifted away from the nuclear envelope and formed a much more tightly packed pattern.

“Having applied fluorescent paint to the chromosomes, we studied them under the microscope and noticed that the dense chromatin globules that had been attached to the NL started to unfurl as they moved farther away from the lamina. Then our colleagues from the MSU Physics Department made simulations and showed that a single contact with the NL is enough for the chromatin globules to become more compact. It turns out that the NL makes the parts of the chromosomes it comes in direct contact with more condensed, while reducing the overall packing density of the chromosomes within the nucleus,” Ekaterina Khrameeva, a researcher at Skoltech, said in a statement (Phys.Org).

By learning the packaging of genetic material in the nucleus, scientists will be able to have a better understanding of chromatin organization. It will help us learn how to control and regulate our genes, which opens up a host of possibilities in the field of gene editing and modification.

In another breakthrough, a team of scientists from Carnegie Mellon University and the University of Pittsburgh recently discovered how cells move through tight spaces without suffering a leak as well as the structure of the nuclear envelope. “It’s quite the serendipitous discovery… Just like everyone else, I thought we knew how the cellular nuclear envelope was organized, but as we took a closer look while investigating a genetic condition, we found that there was far more to the story,” Quasar Padiath, one of the senior authors on the research, said in a statement (Phys.Org).

The interior of the nuclear membrane is lined with NL, which gives a spherical structure to the nucleus. The lamina was believed to be formed by a mesh of proteins called lamin A and B. People with genetic conditions usually have extra copies of the gene that codes for lamin B1, a subtype of lamin B. Initially, the scientists studied the lamina in normal cells through a technique known as Stochastic Optical Reconstruction Microscopy (STORM). They found that there were actually two different meshworks — a tight inner layer of lamin A and a loose outer layer of lamin B.

According to researchers, the separate lamin layers form a part of a necessary cellular system. When they function properly, the nuclei will be able to relieve pressure when moving through tight spaces and thereby avoiding any damage. The discovery could play a key role in understanding the mechanisms of genetic diseases like ADLD, a rare genetic disease affecting the white matter of the brain.