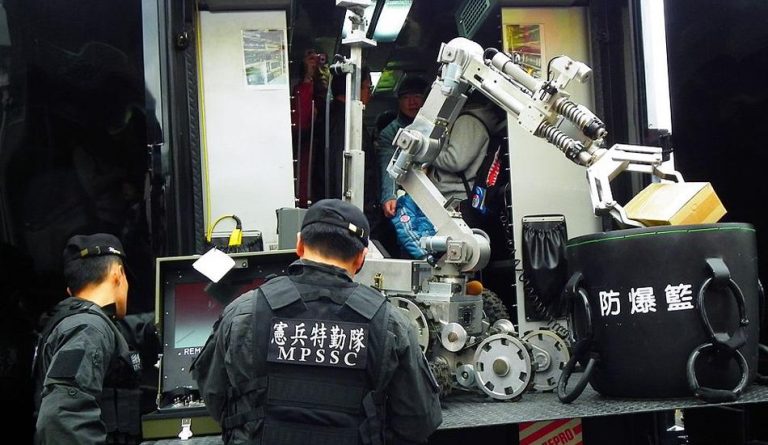 A report authored by a former high-ranking Pentagon official has warned that the U.S. risks losing its military advantage to the Chinese because of Beijing’s long-term plans for its armed forces. The report is written by Robert Work, the former deputy defense secretary, and Greg Grant, former special assistant to Work.

“The Chinese People’s Liberation Army has been patiently stalking the U.S. military for two decades… It has studied the preferred American way of war and devised a strategy to exploit its weaknesses and offset its strengths — particularly its military-technological strengths… [China] appears increasingly close to achieving technological parity with U.S. operational systems and has a plan to achieve technological superiority,” the report states (The Washington Post)

After the 1991 Desert Storm operation where the U.S.-led forces thrashed the Iraqi military, Beijing apparently realized that it would soon be competing with the United States for military and technological supremacy. As such, the Chinese leadership developed a 3-phase plan that would eventually enable the country’s military to dominate the world at least by 2049.

“Phase one would see the Chinese military compete with the United States from a position of technological inferiority. Chinese military writings in the late 1990s and early 2000s explored and emphasized ways to defeat a more technologically advanced adversary, until such time that their modernization efforts were able to narrow the advantages enjoyed by the U.S. military. In particular, the PLA would have to accommodate some period of time in which it lacked ‘deep and multidirectional strike capabilities’ comparable to those of the U.S. military,” according to National Interest.

When the Chinese have achieved an almost technological parity with the U.S. in their battle network warfare and guided munitions systems, it would enter phase two. Beijing would be confident of its abilities to deter any U.S. military intervention in China and surrounding regions.  As of 2019, China is said to be in phase two of its long-term military plan. In phase three, China will establish a clear military superiority over the U.S. This will embolden PLA to force the U.S. out to the east of Japan and the Philippines.

Unprepared for Russia and China?

Another recent report, published by the Center for a New American Security, also warns about American military’s unpreparedness to fight Russia and China. According to the report, the Pentagon’s plans to develop strategies and weapons to penetrate Chinese and Russian defenses are a waste of time.

“Unfortunately, the DoD’s responses to the many challenges posed by the emerging security environment have thus far been piecemeal and lethargic, largely because the Pentagon has failed to fully grasp the systemic nature and fundamental implications of the problem it faces: The American way of war that emerged following the Cold War will not work in an era of great-power competition… This has led to the situation in which U.S. armed forces are the most powerful in the world by a wide margin… And yet they increasingly run the risk of losing a future war with China or Russia,” the report states (Military).

The author of the report, Christopher Dougherty, said that America should focus on finding a way around the defenses rather than focusing on attacking them. He added that American forces have to start treating the battle of information as a primary war rather than look at it as a secondary conflict.