Your Gut Bacteria Might Be Causing Medications to Be Less Effective 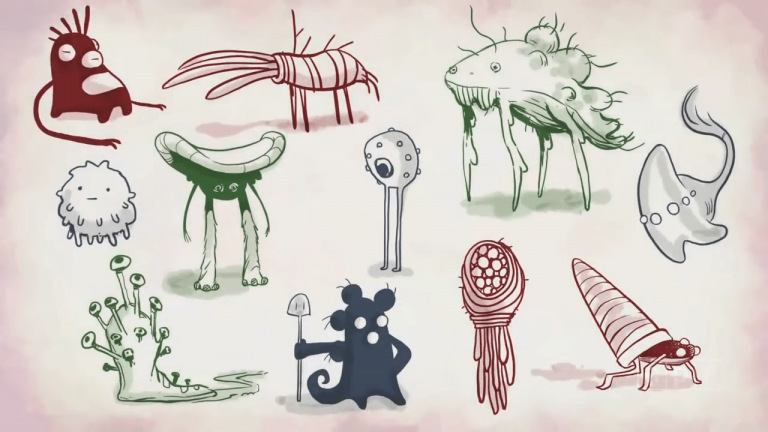 It is estimated that there are between 300 and 500 types of bacteria in the human gut affecting everything from your mood, metabolism, and even the state of your immune system. (Image: Screenshot / YouTube)

It is estimated that there are between 300 and 500 types of bacteria in the human gut. These typically line the entire digestive system, intestines, and colon, affecting everything from your mood, metabolism, and even the state of your immune system. New research now suggests that these gut bacteria might also be responsible for dismantling the medications that we take, rendering them less effective than they should be.

Different people react to drugs in different ways. Why these differences exist has been a mystery for a long time. However, it seems as if the gut bacteria might be responsible for this phenomenon according to research conducted by ETH Zurich and Yale University. Researchers analyzed 371 oral drugs, exposing them to 76 dominant gut bacterial strains. They discovered that 176 drugs were metabolized by at least one of the strains of bacteria. Using a technology called mass spectrometry, the researchers also looked into the parts of drugs that the bacteria had metabolized. A similar experiment on rats showed almost the same results.

Some of the drugs used in the experiment included a cancer drug named Imatinib, a blood-pressure drug called Diltiazem, and the antidepressant Fluoxetine, which is better known by the brand name Prozac. The results of the experiment point to the fact that many of the drugs currently consumed by people may not even be working as intended since the gut bacteria metabolize them before they can achieve the desired effect. In fact, a cardiac drug called Digoxin is known to be inactivated when it comes in contact with Eggerthella lenta, a strain of bacteria typically found in the colon. Some drugs take advantage of gut bacteria and are activated only when they come into contact with them. An example of such a drug is Sulfasalazine, a medication administered for people suffering from ulcerative colitis.

“It is possible that we can use genes or species of bacteria to predict the capacity of an individual’s gut flora to metabolize a certain drug… The work is a first step in identifying biomarkers that could help doctors prescribe the drugs that are the safest and most effective for individual patients,” Maria Zimmermann-Kogadeeva, co-lead author of the study, said in a statement (Forbes). In the future, a person’s microbiome may be modified to make sure that the administered drug works as intended. Such a move might also reduce the potential side effects of the drugs.

How the gut flora is useful

Our gut flora not only includes gut bacteria, but also other microbes like viruses, fungi, and so on. The flora performs the function of providing our bodies with nutrients that are essential to our health. They also interact with carbs that are not typically metabolized by the small intestine, ensuring that our body receives even more nutrients. Gut bacteria help our immunity in two ways.

“The first is that helpful bacteria provide direct protection for the lining of our large intestines, keeping out substances that would be harmful to us. When this system is compromised, a state of increased intestinal permeability (leaky gut syndrome) may be present. The second is that favorable gut bacteria work with the immune system at the level of the lining of our intestines to ‘fight back’ against disease-causing bacteria or other substances,” according to Very Well Health.

There is also a link between child growth and gut bacteria. Researchers from Norway found that specific types of bacteria that populate a baby’s digestive tract might positively contribute to their growth. The researchers studied samples from more than 200 babies to arrive at their conclusion.