Chinese Economy Begins to Weaken Under the Weight of Trade Tariffs 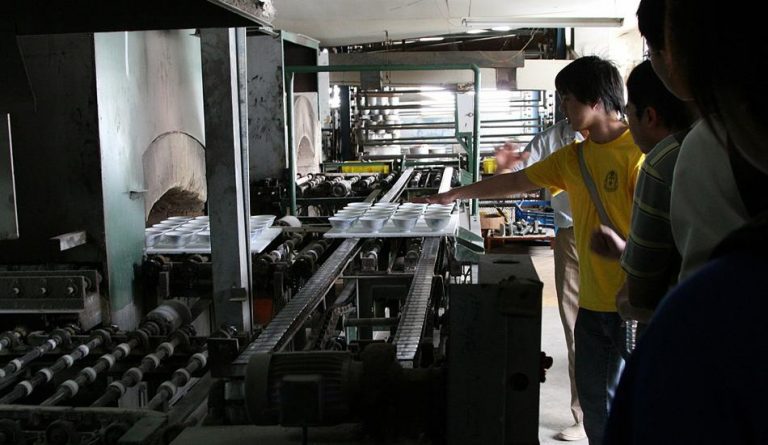 Chinese officials say that they are not worried about the state of the economy and have the ability to “handle” America in the trade war. But raw data about the Chinese economy paints a completely different picture.

Industrial production in China grew by only 5 percent in May, below the 5.5 percent figure expected by economists. This is the lowest value since February 2002. Fixed asset investment, which measures money that flows into the acquisition of infrastructure, machinery, real estate, and other physical assets, increased by 5.6 percent in the Jan-May period this year, down from 6.1 percent a year earlier. The disappointing figures have forced experts to revise their Chinese GDP growth projections for 2019.

“The economic data coming out of China over the past two months have not lived up to our expectations. We have thus decided to revise our gross domestic product forecast to 6.2 percent for 2019 (-0.2 percentage point) and 6.0 percent for 2020 (-0.1 percentage point),” analysts from ANZ Bank said in a statement (South China Morning Post).

Companies in China are now least enthusiastic about hiring new workers. Freshly graduating university students are reportedly bearing the brunt of this, with many of them unable to get any jobs. If the situation continues, China will have a large number of unemployed youth who will be angry at the state’s mismanagement of the economy. Disgruntled young people on the streets is the last thing Beijing would want while trying to find a way out of the trade war.

“Due to [the] impact from the continued increase of China-U.S. economic trade frictions and other uncertainties, recruitment demand for university graduates is tightening in Internet, finance, and other industries… Some companies have postponed their campus recruiting (efforts), among which some companies may have reduced or suspended recruitment,” a spokesperson for the National Development and Reform Commission (NDRC) said to CNBC.

To add to the woes, several companies are starting to shift production from China to other nations. They don’t want to pay the extra 25 percent tariffs charged by the U.S. on Chinese goods. Many business owners believe that the relationship between the two countries will only get worse with time. Some of the American companies shifting manufacturing include Google and Apple. Google is moving Nest and server hardware manufacturing bound for the U.S. market to Taiwan.

Some reports suggest that Apple wants to shift a whopping 30 percent production to other countries. However, experts think that this might not be possible in the near term. “We believe realistically in a best-case scenario Apple would be able to move 5-7 percent of its iPhone production likely to India in the next 12 to 18 months… Moving 15 percent of its iPhone production from China to other regions (India and Vietnam would be top candidates) would take at least 2-3 years in our opinion,” Dan Ives, an analyst at investment firm Wedbush, said in a statement (Fortune).