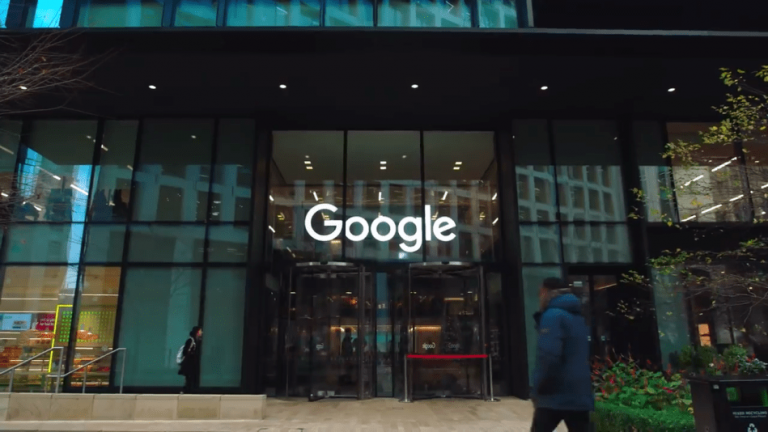 Access Now, an organization dedicated to the cause of free and open internet, has criticized Google’s actions saying that it breaks the trust people have in the company. (Image: Screenshot via YouTube)

Internet giant Google reportedly invested millions in search of cold fusion, the elusive technology that promises to achieve the process of energy generation used by the Sun, nuclear fusion, at room temperatures. Despite spending four years on the research and assembling a team of 30 professors, graduate students, and postdoctoral fellows, the company has come up empty-handed and couldn’t confirm the possibility of cold fusion.

In 1989, two scientists from the University of Utah declared that they had achieved fusion at room temperatures. However, it was soon discovered that their experiment was flawed. Several other researchers even tried to reproduce their experiment but failed miserably. Eventually, both scientists ended up with a tarnished reputation and cold fusion soon became a meme in the scientific community to indicate something impossible. Google apparently feared that declaring their cold fusion venture might attract similar ridicule and wanted to avoid negative publicity. As such, the company kept the project, which started in 2015, a secret.

But after four years of research, Google has decided to disclose its findings to the public. The research team admitted that they found no evidence for cold fusion. They tried three different experimental setups as advised by others and yet failed to generate any positive results. The team concluded that though they did not achieve cold fusion, their research has ended up creating several collateral discoveries and benefits. “The project has produced materials, tools, and insights — such as calorimeters that operate reliably under extreme conditions, and techniques for producing and characterizing highly hydrided metals — that could benefit other areas of energy and fusion research. But whether the spin-off benefits alone justify continued efforts and investment in pursuit of a probable pipe dream is another matter,” according to Nature.

Cold fusion, if achieved, would revolutionize the world by providing an almost limitless supply of renewable energy. This is why, despite the odds, companies continue to invest in the field, since those who develop the technology stand to make billions. Cold fusion would be a far cheaper and safer option to generate energy than nuclear fission, the process used in nuclear reactors, thereby coming with fewer risks. Fusion reactions do not produce any long-term harmful radioactive isotopes. As such, incidents like the 1986 Chernobyl accident would be nearly impossible with a cold fusion reactor.

The huge potential of cold fusion has attracted several celebrity investors in the technology even though it has yet to be proven. Recently, it was revealed that Hollywood star Brad Pitt has invested in a company from North Carolina called Industrial Heat. Valued at around US$1 billion, it claims to be designing systems that will run on low-energy nuclear reactions. The actor has held a stake in the company since 2015.

Another big-time investor in Industrial Heat is famous British asset manager Neil Woodford, who is said to have sunk around US$68 million into the company. Some experts say that this is quite a risky investment considering the technology does not even exist. But Woodford’s investment has made his portfolio richer by netting him over 300 percent profits.

“Woodford has a penchant for risky ventures into quixotic private placements. Some major missteps in the management of its funds have recently landed the company in hot water. It’s facing a near-term liquidity crunch. So the aggressive position in Industrial Heat’s growing balance sheet is some much-needed relief,” according to CNN.

Laurene Powell Jobs, the widow of Apple founder Steve Jobs, has a US$10 million stake in Industrial Heat. Microsoft is partnering with General Fusion in pursuit of the technology, while Jeff Bezos has millions invested in the same.