One Country, Two Systems: ‘No Thanks,’ From Taiwan 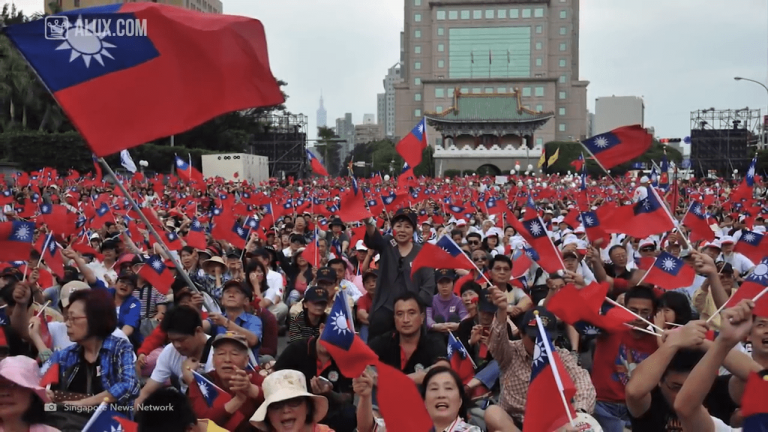 The protests in Hong Kong have sparked anti-China sentiment in Taiwan, the island nation under constant duress of communist invasion. (Image: Screenshot / YouTube)

The mass protests in Hong Kong have become a major international news event over the past several weeks. Millions of people have been strongly demanding that the Hong Kong government withdraw the proposed extradition bill that would bring citizens of the city under Beijing’s criminal laws. Passing the bill would endanger the lives of hundreds of pro-democracy and free speech activists in Hong Kong as the Chinese government viciously hunts them down for having a differing opinion. Interestingly, the protests in Hong Kong have sparked anti-China sentiment in Taiwan, the island nation under constant duress of communist invasion.

The Taiwanese have always been a strongly independent people, unwilling to bow down to the communist regime. This is exemplified by the current president of Taiwan, Tsai Ing-wen, who directed some sharp words at China. “We stand with all freedom-loving people of #HongKong. In their faces, we see the longing for freedom, & are reminded that #Taiwan’s hard-earned democracy must be guarded & renewed by every generation. As long as I’m President, ‘one country, two systems’ will never be an option,” she said in a tweet.

China annexed Hong Kong a few decades back under the “one country, two systems” framework, promising that the city’s liberal and democratic culture would be preserved. However, Beijing clearly does not intend to honor its promise. This is what vexes Hongkongers. China has ramped up efforts to crush free speech in Hong Kong over the past few years. In 2014, a pro-democracy demonstration was attacked quite violently by the Hong Kong administration. The city’s government is increasingly coming under the influence of Beijing. If the trend continues, China will likely turn Hong Kong into another mainland city where there is little to no personal freedom and all citizens are under the constant watch of high tech surveillance.

The Taiwanese people understand this, which is why they have strongly rejected China’s offer of “one country, two systems” several times. After all, if Beijing cannot give freedom to citizens on the mainland, it’s obviously not going to give any sort of freedom to a region that it so dearly wishes to bring under control. Historically, no region has willingly given up its freedom to be ruled by a totalitarian government. As such, Taiwan willingly coming under Chinese control is impossible. This realization seems to be dawning on Chinese officials, who have recently threatened to use military force to annex Taiwan.

“Beijing has proposed the same failed system for Taiwan. Likewise, the government and people of Taiwan will never accept ‘one country, two systems’ that would only guarantee Taiwan relinquish our hard-fought democratic freedoms and prosperous way of life. Instead, Taiwan joins our friends in Hong Kong, the United States, and from around the world to stand up as one to resist China’s attempts to undermine our shared values of freedom. Taiwan’s vibrant democracy serves as a beacon of hope and a reminder of what can be achieved when freedom prevails,” Douglas Y.T. Hsu, Director-general of the Taipei Economic and Cultural Office in Boston, said in an open letter. (Boston Globe).

The escalating attack on personal freedoms in Hong Kong has made many people nervous enough to flee the city permanently. Their destination is Taiwan, which not only remains independent, but has support from the U.S. and Japan.

“Without freedom and democracy, it’s like being put in jail, like living in a concentration camp … without freedom, [I] would rather die… Taiwan can offer that [freedom] because Taiwan has democratic elections and a constitution that safeguards democracy,” 67-year-old Yung Xiu Kwan, who is preparing to leave Hong Kong and settle in Taiwan, said to Reuters.

According to a recent survey conducted by the Chinese University of Hong Kong, 34 percent of adults in the city admitted that they would emigrate if they had the chance. Political uncertainty caused by the threat of Beijing is the biggest reason behind their desire to emigrate.