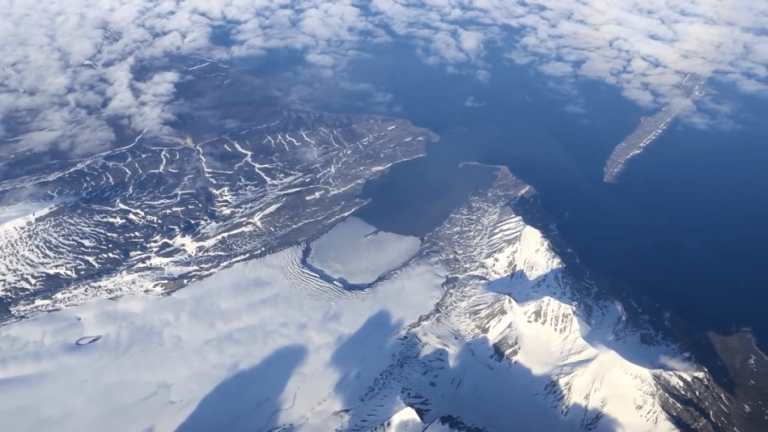 The UN has issued a report predicting dire consequences if the world's temperature rises above the limits set in the Paris climate agreement. (Image: Screenshot via YouTube)

A few years back, the Paris climate agreement was signed by world governments. The agreement aims to cut back greenhouse gas emissions over the next several decades with the goal being to keep the world’s temperature from rising above 1.5°C. In October 2018, the United Nations issued a report that warned about the consequences of climatic genocide should temperatures rise above the desired limit.

The UN report states that global temperature will rise by 1.5°C by the year 2040 if current trends persist. If such a situation were to occur, almost all the coral reefs around the world would die out. The weather would become irregular, which would affect agriculture and food supply, eventually causing widespread riots. If world temperatures become warmer by 2°C, the melting of ice sheets would accelerate, resulting in massive floods in coastal cities. World GDP would decline by 13 percent in such a scenario, creating political instabilities. This would be the beginning of climatic genocide.

“At three degrees, southern Europe will be in permanent drought. The average drought in Central America would last 19 months and in the Caribbean 21 months. In northern Africa, the figure is 60 months — five years. The areas burned each year by wildfires would double in the Mediterranean and sextuple in the United States. Beyond the sea-level rise, which will already be swallowing cities from Miami Beach to Jakarta, damages just from river flooding will grow 30-fold in Bangladesh, 20-fold in India, and as much as 60-fold in the UK,” according to New York Magazine.

And if the climate becomes hotter by 4°C, the report warns of a catastrophe. It predicts a massive 50 percent shortage in global grain yields. The world economy would shrink by 30 percent and wars would start becoming frequent. According to a report released by the Intergovernmental Panel on Climate Change (IPCC), restricting temperature increase to less than 1.5°C would require huge changes in how societies work. For instance, worldwide carbon emissions would have to fall by a minimum of 49 percent of 2017 levels by 2030. Carbon neutrality would have to be achieved by 2050. Up to 80 percent of global energy generation would need to be from renewable systems. Reforestation would have to be accelerated.

“Every extra tonne of carbon that we dump into the atmosphere today is a tonne that will have to be scrubbed out at the end of the century… I think we need to start a debate about who is going to pay for it, and whether it’s right for the fossil-fuel industry and its customers to be enjoying the benefits today and expecting the next generation to pay for cleaning it up,” Myles Allen, a climate scientist at the University of Oxford, said to Nature.

A warming climate is also expected to affect sea life in a negative way, possibly killing off one-sixth of fish in the oceans by the end of the century. For every 1 degree increase in temperature, the total mass of marine animals is projected to drop by 5 percent, according to a recent study in the Proceedings of the National Academy of Sciences. Extrapolating the calculation predicts a 17 percent loss in aquatic biomass by 2100.

“The potential ramifications of these predicted losses are huge, not just for ocean biodiversity, but because people around the world rely on ocean resources… Climate change has the potential to cause serious new conflicts over ocean resource use and global food security, particularly as human population continues to grow this century,” Julia Baum, a professor of biology at the University of Victoria, said in a statement (The Philadelphia Inquirer).

The report warns that the only way to stop such a mass aquatic extinction is by cutting down carbon pollution. Tropical regions, which are already warmer than other areas, would suffer the greatest losses.

Some have raised strong warnings against the UN claims of climatic genocide. Critics say that such reports usually hype up the effect of rising temperatures without any proper historical context. For instance, the global climate warmed between 1910 and 1940 when fossil fuel usage was only picking up. One would assume that the climate continued to warm over the next several years since fuel use surged. However, data shows that the climate actually cooled between 1950 and 1970. Climate change studies started proclaiming that a 10,000-year ice age was imminent. But nothing happened. The world went on as it usually did.

In the past decades, several such warnings have been issued that have turned out to be false. So why should one trust the UN report of a significant climate change? According to a recent study by the Nongovernmental International Panel on Climate Change (NIPCC), the current warming has nothing to do with human activities. “Their argument is that any modern warming is natural and in line with historical variability; that increases in CO2 have followed increases in temperature, not the reverse; that solar effects may be equal to or greater than effects of CO2; and that a warming even of 2 degrees Celsius or more wouldn’t be harmful,” according to The Epoch Times.

There is also substantial evidence growing for the fact that climate change hysteria is a form of socialist propaganda aimed at gaining absolute control over society. By making people constantly on-the-edge by claiming imminent ecological catastrophes, global elites could easily dictate the type of fuel to be used in a country, the size of homes to be built, the food to be eaten, and so on.