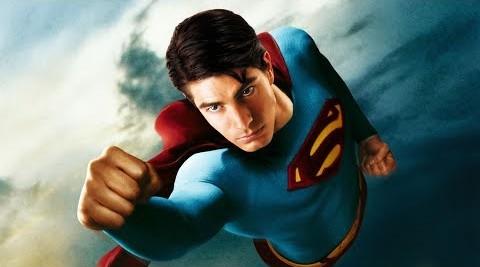 When talking about Superman, the first thing that probably comes to the minds of most people is the superhero high up in the sky with one hand clenched forward. (Image: Screenshot via YouTube)

When talking about Superman, the first thing that probably comes to the minds of most people is the superhero high up in the sky with one hand clenched forward. However, he did not always have the power of flight.

Superman made his appearance in 1938 in Action Comics issue number 1. Created by Joe Shuster and Jerry Siegel, it became a huge success very early on. Until the radio show that started in February 1940, our favorite character was simply leaping tall buildings. Sure, he was strong. But he was nowhere near the level of the hero we now know both in terms of strength and flying abilities. It is this radio program that popularized the idea that he could fly through the skies and beyond.

Many popular phrases that are often associated with a flying Superman like: “Up, up, and away” originated from this show. However, Superman’s flying abilities were already depicted in a UK story paper named Triumph a few months before the show began. In August 1939, Triumph’s issue number 772 had a cover of him flying out from Earth with one hand clenched forward. This is the first time that the superhero was shown as really flying. About seven months later, the radio popularized his flying abilities. There is speculation that the man in charge of handling the radio show, Robert Maxwell, knew about the Triumph issue 772, got inspired by it, and integrated flying into his powers.

Maxwell is famous for a 16-episode radio storyline that ran in 1946 in which Superman dealt with the racist hate group the  Ku Klux Klan (KKK). In fact, Maxwell collected as much information about the KKK as possible and published it through the show. A key theme included him and a KKK Grand Scorpion talking about racial purification and tolerance. Almost 4.5 million listeners tuned in for the episodes every week. Maxwell went on to manage the character’s first TV appearance in the Adventures of Superman series that ran from 1952 to 1958.

Superman did not start out as a hero. In 1932, Shuster and Siegel collaborated to create the character’s first story called The Reign of the Superman. A mad scientist conducts experiments on a homeless man named Bill Dunn, who eventually gains the power to read people’s minds and control them. This “Superman” eventually murders his maker and goes on to use his powers to make money and rule the world. But in the end, Dunn loses his powers and ends up back on the streets.

The popular origin story of Superman has often been equated with Moses. Just like Moses, he was sent away by his parents while still a baby and got adopted by foreign people. Some people have also speculated that his true Kryptonian name of “Kal-el” is similar to a Hebrew word that means “voice of God.” Even the Nazis believed that he was some sort of Jewish conspiracy. Joseph Goebbels, the propaganda minister of Nazi Germany, publicly denounced Superman in 1940. In the past decades, a trend of linking him with Jesus Christ has been prominent.

When Shuster and Siegel created the idea of Superman, they sold the character’s rights to Detective Comics (DC) for just US$130. If the creators had held onto the rights, they definitely would have earned far more money. Even the original check they cashed from DC was auctioned off for a whopping US$160,000.