Why the US Fed Deployed Quantitative Tightening (QT) in the Market 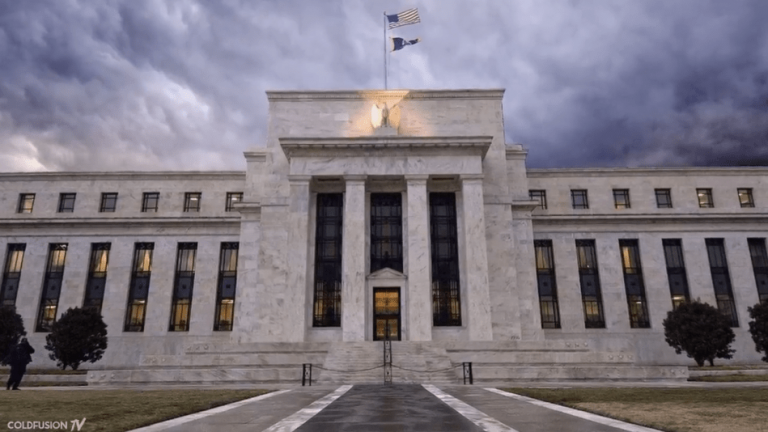 Starting in October 2017, the U.S. Federal Reserve began shrinking its balance sheet by billions of dollars per month in a process known as quantitative tightening (QT). (Image: Screenshot / YouTube)

Starting in October 2017, the U.S. Federal Reserve began shrinking its balance sheet by billions of dollars per month. By December 2018, it had sold off treasury and mortgage-backed securities worth US$365 billion. The process is known as quantitative tightening (QT) and aims to bring balance to an economy that was pumped up by quantitative easing (QE) policies.

Following the 2008 economic crisis, the U.S. Fed decided to follow a policy of QE. “Quantitative easing is an unconventional monetary policy in which a central bank purchases government securities or other securities from the market in order to increase the money supply and encourage lending and investment. When short-term interest rates are at or approaching zero, normal open market operations, which target interest rates, are no longer effective, so instead a central bank can target specified amounts of assets to purchase,” according to Investopedia.

In the five years between 2009 and 2014, the Federal Reserve implemented three phases of QE through which US$3.5 trillion was injected into the American economy. This ensured that banks had access to cheap credit to lend to consumers, thereby keeping the economy from contracting. But by 2014, it became clear that too much money had been flushed into the economy and that continuing the process would lead to severe consequences.

One negative effect is that QE widens wealth inequality in society. For instance, the EU also followed QE policies after the 2008 crisis. Data compiled by the European Central Bank (ECB) showed that net wealth as a share of net income of the wealthiest 20 percent of households in the region surged by 30 percent between 2014 and 2016 as a result of QE policies. In contrast, the lowest 40 percent of households saw their net wealth to income rise by just 4 percent.

The large-scale asset purchase program of the European banks ended up giving disproportionate benefits to the rich. If such policies were to continue, the widening wealth gap would have led to social turmoil. Another drawback of QE is that it ends up fostering a culture of debt-driven economic growth. This is an unsustainable model for society since taking up large amounts of debt will eventually sink the economy. As such disadvantages were starting to become prominent, the U.S. Fed decided to switch to QT in 2017.

Quantitative tightening is basically the opposite of QE and seeks to take money out of the economy. Check out this 60 second primer to get a quick idea of QT. In the past few months, the U.S. Fed has slowed down the pace of Quantitative Tightening. President Trump is believed to have asked the Federal Reserve to go easy on the tightening policies to avoid any market scare or economic contraction. While there were fears that QT might significantly damage U.S. markets, this has proven to be false. In fact, the markets seem to have benefited by the move.

“Money finds its way to the best yield for risk and when money gets scarce and risks rise capital retreats from risk to safety at home. This means all those untold trillions in U.S. QE (remember QE will have been leveraged to the moon) are unwinding and coming back to the U.S., leaving a cash desert behind. It’s no wonder Germany has stopped growing and is on the edge of recession because its exports are linked to emerging economies buying industrial goods and those emerging countries have a cash crunch scare of the U.S. and are holding off buying,” according to Forbes.

As to how long QT will last, Fed minutes from a meeting in late January indicate that they plan on shutting down the tightening policies by the end of this year. However, if the negative effects of QE are still lingering, the Federal Reserve might just decide to extend QT a bit longer.