After Uyghurs, Are Hui Muslims in China the Next Target of the CCP? 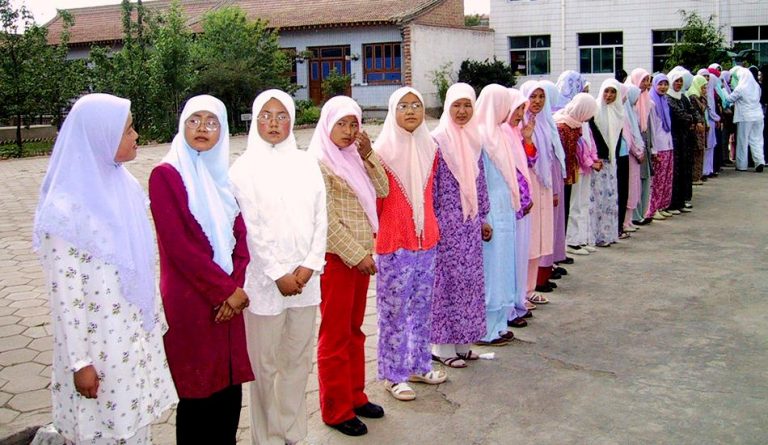 China has been on an overdrive to stamp out Islamic faith from the country. It was the Uyghur Muslim community from Xinjiang who first faced persecution at the hands of the Chinese Communist Party (CCP). And now it seems as if Hui Muslims are the next in line.

The Huis are Chinese ethnic people who practice Islam. Though they are spread throughout China, most of them live in the Zhongyuan and northwestern regions of the country. As of 2011, there were 10.5 million Huis living in China. Since CCP views Islam as a threat to society and its authority, the Party has sought to slowly eliminate what it considers as “radical” elements. It is this ideology that put over a million Uyghurs into detention camps where they were abused and brainwashed. Huis fear that they could be next.

In March this year, the government placed certain restrictions on Hui Muslims of Huangshi Prefecture with regard to their Friday congregational prayer known as Jumu’ah. “Having discovered that some Muslims were privately holding Jumu’ah at home, the central inspection team convened a meeting of the persons in charge of mosques to notify them that Friday prayers could only be performed in mosques. If they are discovered doing it at home, the consequences will be dire… The only mosque in the vicinity is tens of kilometers away. Aren’t they making things difficult for us?” a Hui Muslim said to Bitter Winter.

Muslims who break the rule and hold Jumu’ah privately with three or more people will be dealt with harshly by the authorities. Many Hui people are so afraid of government backlash that they don’t hold the congregational prayers with their families anymore. Men who wear skullcaps are regularly questioned by the police or fined. Many have stopped wearing the skullcap in a public place since the authorities can humiliate them in front of everyone. Hui Muslims are also banned from using Arabic symbols in their signboards. If found doing so, they will be fined up to $2,900.

In December last year, Beijing closed several Hui mosques, claiming that their operations were illegal. Police used brute force to evict the worshippers. “Five or six police officers held me down on the floor and I was beaten until I lost consciousness… My arms are weak now. If my mother hadn’t saved me, I would have been taken away by police. My mother was then taken away. I’m scared she was beaten by them,” a female worshipper said in a statement (South China Morning Post).

Beijing has developed a long-term plan that aims to remove symbols and concepts from Islam deemed not to be in sync with Chinese culture and replace them with state-approved ideologies. CCP calls it the sinicization plan, where the aim is to brainwash Chinese Muslims to accept communist ideology as supreme to their faith.

“The sinicization of Islam is mostly targeted at Hui Muslims… [They] know very well that there’s no point in using the rhetoric of anti-terrorism or separatism to justify it, but it’s still a form of cultural genocide… The cultural genocide of the Hui Muslims is nothing new: It’s been a core government policy…  About 60 years ago, they persecuted the Hui scholarly elite, and started a campaign to raise pigs among the Hui… Now they are just adding logs to the fire,” Sulaiman Gu, a U.S.-based activist, said to Radio Free Asia.

The de-Arabization and de-Saudization of Islam is widely promoted across the country by the Chinese government. As a result, Islamic symbols have been forcefully removed from mosques, and statues related to Islam have been demolished.