Get Up and Walk: Counting the Steps to Good Health 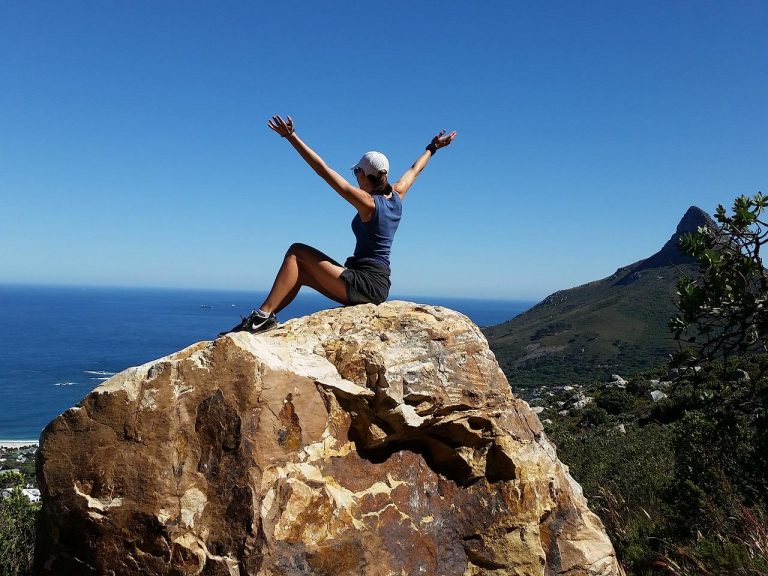 New research suggests that walking up to 7,500 steps every day will keep you healthy and extend your lifespan. (Image: via pixabay / CC0 1.0)

Walking has long been seen as an ideal way for people to get fit without hitting the gym. The longer one walks, the more fat the body burns. New research now suggests that walking anywhere up to 7,500 steps every day will keep you healthy and extend your lifespan.

In a study published in JAMA Internal Medicine, a team of researchers from the U.S. reported their findings after observing 17,000 women in their early 70s. The subjects were asked to wear accelerometers while walking in order to measure the number of steps and the intensity of their steps. More than four years later, the researchers tracked the women and compared the data they had collected.

The team found that women who walked around 4,363 steps every day were 41 percent less likely to die early when compared to women who walked less than 2,718 steps. “Even a modest amount of steps is associated with lower mortality… [The women who took more steps had] lower mortality rates until about 7,500 steps per day, beyond which no further declines were observed… The rate of stepping did not matter in these older women; it was the number of steps that mattered,” I-Min Lee, the lead writer of a report on the study, said in a statement (VOA).

Another study compared postal workers from Scotland who delivered mail on foot to those who sat behind a desk all day long. It found that postal employees who walked 15,000 steps per day had regular waistlines and almost zero risk of contracting diseases that usually affect people who live a sedentary lifestyle. Several other studies have also suggested that a walking regimen of 10,000 steps per day should be enough to keep the body healthy. However, these are numbers that might be too great for an average person.

“For middle-aged people who haven’t exercised since school — and that’s not an extreme scenario, by the way — even 3,000-5,000 steps is good enough… What matters is being able to sustain it long-term, then build on that towards 10,000 steps and try to increase the intensity,” Emmanuel Stamatakis, Associate Professor at the University of Sydney’s School of Public Health, said to ABC News.

“The Registry participants in this study had lost, on average, 72 pounds, and at follow-up more than five years later had kept it off. They burned, on average, about 2,800 calories a week. If you exercise seven days a week, that’s 400 calories (about four miles) each day, or, for most people, about 60 minutes of brisk walking,” according to Pritikin.

Research conducted by Catrine Tudor-Locke of the University of Massachusetts shows that a person who walks less than 5,000 steps per day is leading a sedentary lifestyle that increases their health risk. The average American is estimated to walk anywhere between 5,900 to 6,900 steps per day, which would qualify as a “low active” lifestyle.