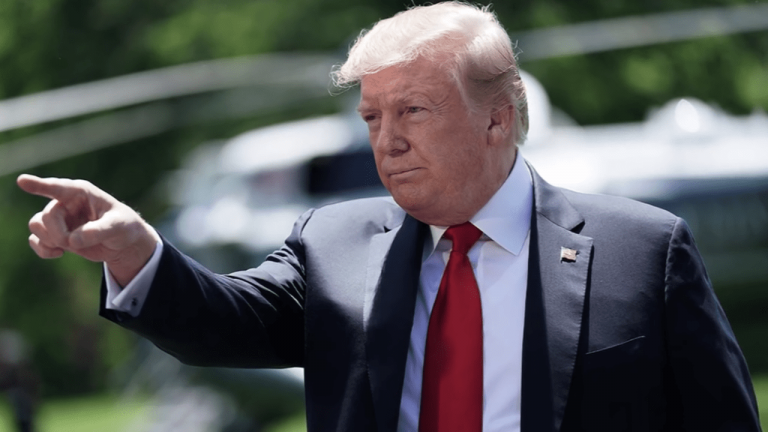 With China reeling under pressure from the trade war with America and strong protests in Hong Kong against a pro-Beijing bill, the U.S. government has struck a blow against corrupt Chinese officials. The Trump administration might use the Kleptocracy Asset Recovery Initiative to punish officials suspected of corruption or human rights violations.

Kleptocracy is a form of government in which a few people rule the country and use their power to exploit the nation’s resources and people in order to enrich themselves. In a way, this essentially describes China. Though the Communist government positions itself as “serving” the people, the truth is that it crushes the personal freedoms of its citizens. Many of the top Chinese officials are known to have assets abroad, assets that they have acquired through corruption and inhumane actions. And now, the U.S. is ready to crack down on such people.

According to estimates, more than 74 percent of the male children of Chinese officials above the ministerial level of the Chinese Communist Party (CCP) have U.S. citizenship or a green card. When it comes to grandchildren, almost 91 percent have American citizenship. Many of these officials have taken advantage of their positions in the Party, amassing huge amounts of wealth and transferring it to America. As a result, a normal Chinese citizen has to deal with incompetent welfare schemes and very low personal freedoms, while the corrupt officials and their children lead a free life in the U.S. with all the comforts money can buy. In addition, some of the officials are involved in persecuting ethnic and religious minorities in the country.

The U.S. State Department recently asked Falun Gong practitioners in the U.S. to provide a list of high ranking officials who they know have been persecuting their faith. The government might soon freeze their assets and deny visas. To make the asset recovery initiative more impactful, the administration has proposed new legislation that would reward whistleblowers who expose corrupt foreign government officials. “The Bill allows the Department of Treasury to provide whistleblowers not only with monetary incentives but also protective measures, including asylum for the whistleblower and his or her immediate family… The Bill proposes a unique whistleblower program focused on foreign corruption, and which differs in important ways from other, established government whistleblower programs,” according to The National Law Review.

The call for sanctioning Chinese officials is gaining ground in the U.S. in the wake of the ongoing crisis in Hong Kong. The city administration is trying to pass a bill that would make Hongkongers subject to Beijing’s criminal laws, thereby stripping them of basic human rights. This has led to huge protests from concerned citizens. U.S. Congressman Mike Gallagher has asked the Trump administration to take strict action against Chinese officials conspiring against Hong Kong’s democracy.

“The White House, along with Congressional leadership, should make it crystal clear to the Communist Party of China and to the entire world that the United States continues to carefully monitor Hong Kong and that any violence against future protests will be met with Magnitsky sanctions against responsible officials,” he said in a statement (The Epoch Times).

Some U.S. lawmakers have asked Trump to make human rights issues and the Hong Kong situation a part of the trade talks with China. If Beijing continues with its practices of lopsided trade policies, theft of American intellectual property, persecution of minorities, and eroding Hong Kong’s freedoms, the U.S.-China conflict could easily be extended into a long-lasting cold war.