Why Having a Wide Circle of Friends Is Good 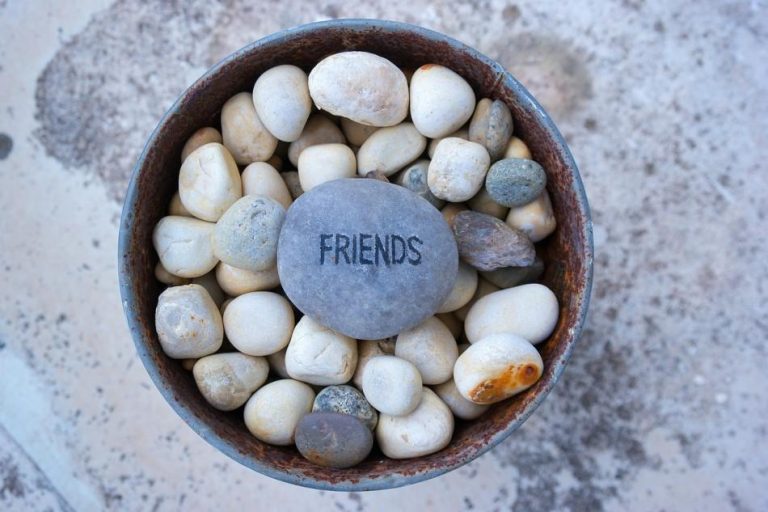 Researchers have found that the strength and structure of a person’s circle of friends influences their health. (Image: Devanath via Pixabay)

Having a healthy body is often linked with a strict workout regimen and diet. However, these are not the only factors that determine how healthy you are. Researchers from the University of Notre Dame found that the strength and structure of a person’s wide circle of friends also influence their health.

In the study, the researchers gave participants Fitbits for capturing their daily health behavior — like the hours they sleep, heart rate, number of steps they walk, and so on. The subjects also completed surveys that gave an idea of their levels of happiness, stress, and positivity. The researchers then analyzed the data and compared it with an individual’s social circle and found that a stronger network of friendships had a significant impact on a person’s well-being. The information could help employers who provide health devices like FitBits.

“I do believe these incentives that we institute at work are meaningful, but I also believe we’re not seeing the effect because we may not be capitalizing on them the way we should… When we hear that health and wellness programs driven by wearables at places of employment aren’t working, we should be asking, is it because we’re just taking a single dimensional view where we just give the employees the wearables and forget about it without taking the step to understand the role social networks play in health?” Nitesh V. Chawla, a co-author of the study, said in a statement (Science Daily). By encouraging employees to maintain a a wide circle of friends friends together with physical activity, a company can ensure better well-being for their employees.

Another study that looked at 300 adults over the age of 65 found that a wide circle of friends had a profound effect on fitness. In their observation, the researchers found that older people walked around more when interacting with their extended social circle. The subjects sat down fewer times and had a less sedentary lifestyle. This was because older people were forced to leave their home when wanting to talk with friends. Without such relationships, they would sit in their homes and watch TV, thus leading to less physical activity and increased health issues.

“Prior research on aging has focused almost entirely on the benefits of social connection with close social ties such as a spouse or an adult child. This new research relies on truly novel data that capture both the amount and quality of contact with all types of people that the elderly encounter throughout the day — and the results show us that these routine encounters have important benefits for activity levels and psychological well-being,” Debra Umberson, director of the University of Texas Austin’s Population Research Center, said to Express.

People who have no friends live an isolated life that takes a huge toll not only on their psyches, but also their bodies. Social isolation has been identified as triggering stress, which increases the level of a protein known as fibrinogen. In excessive levels, fibrinogen can build fatty deposits in the arteries and raise blood pressure. A study conducted by Harvard discovered that people with only five members in their social circle had 20 percent more fibrinogen when compared to those who had 25 friends.

“Social connectedness displays a significant association with fibrinogen. If there is indeed an independent causal relationship between social isolation and fibrinogen and, subsequently, heart disease and stroke, then policies and interventions that improve social connectedness may have health effects even beyond the well-known benefits of improved economic conditions,” David Kim, lead author of the study, said to The Telegraph.

Having only 10-12 friends carried the same risk for health as regular smoking. A study by the Mental Health Foundation warns that people in the age group of 18 to 34 are more likely to feel lonely than those above 55 years of age.