4 Ways Plant-Based Diets Can Be Good for You 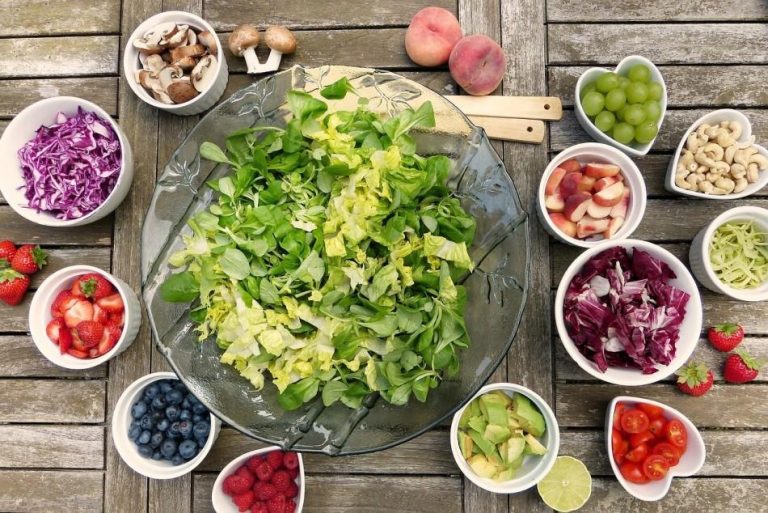 Several research studies have shown that making fruits and vegetables a major portion of your daily diet comes with many benefits for your body. (Image: via pixabay / CC0 1.0)

Many people consider switching to a plant-based diet, especially as they get older. Several research studies have shown that making fruits and vegetables a major portion of your daily diet comes with many benefits for your body.

Protection for the heart

The biggest advantage of a plant-based diet is that it protects the heart and reduces the risk of cardiovascular disease (CVD). In a study, the researchers looked at 198 patients suffering from CVD. They were encouraged to strictly follow a plant-based diet, eliminating the consumption of fish, meat, oil, and dairy. Almost 89 percent of the participants stuck to the diet plan. The study found that the subjects only had a 0.6 percent recurrence rate of heart disease symptoms, which indicates an almost 99 percent reversal of heart disease.

“Most of the volunteer patients with CVD responded to intensive counseling, and those who sustained plant-based nutrition for a mean of 3.7 years experienced a low rate of subsequent cardiac events. This dietary approach to treatment deserves a wider test to see if adherence can be sustained in broader populations. Plant-based nutrition has the potential for a large effect on the CVD epidemic,” the study states.

According to the International Diabetes Federation (IDF), almost 387 million people across the world suffer from diabetes. And by 2035, the number is expected to soar to 600 million. Many of the affected people suffer from Type 2 diabetes that can be managed and prevented by following a plant-based diet. Many who have made the necessary dietary change report miraculous results.

“I’m only on one medication now — down from 19 or 20 — plus all my diabetic needles are gone… The sugars are coming down, down, down, and the weight is coming down. Everything [is] going in the right direction now,” Jim Cluett, who suffers from diabetes and has been following a plant-based diet since 2016, said to CBC.

People with Crohn’s disease (CD) suffer from an inflamed digestive tract that causes abdominal pain, weight loss, fatigue, malnutrition, and extreme diarrhea. Some people also die due to CD. Unfortunately, no known cure exists for the disease. The only option for those affected by CD is to undergo regular therapies to keep the painful effects in check. A recent case report suggests that a plant-based diet might help in this regard.

In the study, a patient with CD achieved remission after one year of treatment. He then proceeded to eliminate all processed and animal foods from his diet for a 40 day period due to a religious reason. The patient proceeded to stick to a plant-based diet thereafter. Later on, an upper endoscopy showed that the lining of his small bowel had been completely healed. The patient not only stopped taking medications. He never had any relapse after switching to a plant-based diet.

“This case study offers hope for hundreds of thousands of people suffering from the painful symptoms associated with Crohn’s disease,” Hana Kahleova, study co-author, said in a statement (Forbes).

Large intake of processed foods, dairy, or meat products can lead to inflammation in the body. The effects from this can later appear on the skin. Avoiding those foods can help keep the skin clean. When you cut back on animal products, you also avoid consuming saturated fats that can clog the pores. By increasing the intake of fruits and vegetables, you get a good dose of essential minerals and vitamins that keep the skin shiny and healthy.