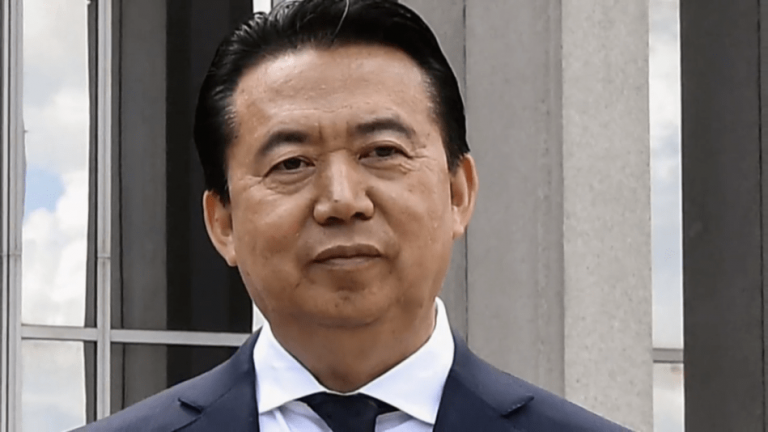 Meng Hongwei, the former chief of Interpol, has pleaded guilty to charges of corruption in China. (Image: Screenshot / YouTube)

Meng Hongwei, the former Interpol chief, has pleaded guilty to charges of corruption in China. Arrested last October, Meng will receive the court’s verdict at a later date.

During a trial at a court in Tianjin, Meng admitted to having received bribes to the tune of US$2.11 million by misusing his position in the government. His criminal activities date as far back as 2005. Meng is said to have expressed remorse for his actions. In March this year, an investigation conducted by the Communist Party accused Meng of spending “lavish” amounts of public funds for private purposes. He is also said to have refused to follow Party decisions on several occasions.

“Meng’s political connections may be what cost him his post. He may have somehow been influenced by former security chief and ex-Politburo Standing Committee member Zhou Yongkang, who is now serving a life sentence for corruption. Meng’s various jobs likely put him in close contact with Zhou and other Chinese leaders in the security establishment, a sector long synonymous with corruption, opacity, and human-rights abuses,” according to The Epoch Times.

It is not known who Meng’s lawyer is or whether he even has a lawyer. Some critics have said that the government might be framing Meng to keep him from leaking scandalous secrets about the Party. However, since no such proof exists, this has largely remained a conspiracy theory. As to Meng’s fate, there is very little chance that he will escape punishment since the legal system is tightly controlled by the Communist Party. President Xi Jinping has publicly announced that he will be ruthless against corrupt party members. As such, the court will definitely seek to sentence Meng with the harshest possible punishment so as to let the public know that Xi is fulfilling his promise.

Meng’s wife Grace, who saw his confession on TV, said that she wasn’t sure whether the person being shown was actually her husband. Grace accused Chinese authorities of using a fake case against him and believes that Beijing might have used a body double for the confession. After all, no one has seen Meng since his arrest last year. Grace has been living in France under the asylum of the French government. “I fear they will kidnap me… I’ve received strange phone calls. Even my car was damaged. Two Chinese — a man and woman — followed me to the hotel,” she said to BBC.

Cracking down On military corruption

Beijing’s crackdown on corruption led to over 70 officers of the People’s Liberation Army (PLA) being demoted recently. The officers were given the punishment for their links with former chief of joint staff Fang Fenghui, who was arrested in November 2017 on corruption charges.

“Among the officers, 44 of them belonged to the Beijing Military Command where Fang was the commander from 2007 to 2012… They were found guilty of bribing Fang in exchange for promotions. Others were former subordinates who offered Fang bribes when he was promoted to chief of joint staff,” an anonymous military source said to South China Morning Post.

The demoted officers were mostly in charge of logistics or acted as political commissars. They are believed to have received lenient penalties since the officers were underlings of Fang. Since Xi declared his “war on corruption” in 2012, more than 13,000 military officers have been punished.