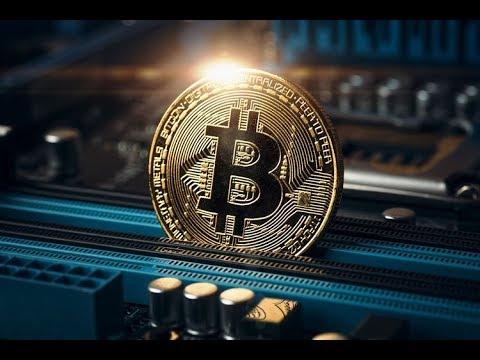 According to estimates, more than 70 percent of global cryptocurrency mining happens in China. (Image: Screenshot / YouTube)

Beijing is said to be considering a ban on Bitcoin mining in the country. If the ban comes into effect, it would end China’s dominance in the industry. According to estimates, more than 70 percent of global cryptocurrency mining happens in China.

China’s National Development and Reform Commission (NDRC) recently revealed the categories of businesses that need to be encouraged, restricted, and eliminated. Cryptocurrency was put in the “need to be eliminated” category under the argument that the activity is a waste of energy and pollutes the environment. “In a typical Bitcoin mining operation, powerful banks of computers are dedicated to crunching out ‘blockchain’ numbers that serve absolutely no purpose, but have value because people think they do. Nearly three quarters of cryptocurrencies are mined in China, generating anywhere up to 10 million tons of carbon dioxide,” according to Engadget.

According to Chinese law, investments and loans to businesses in eliminated categories are banned. The manufacture, sale, or use of products in such categories is also strictly prohibited. Mining Bitcoin requires an investment in expensive hardware. However, the longer term profitability of Bitcoin mining is affected by electricity costs. The higher the cost of electricity, the more expensive and even unprofitable Bitcoin mining will be. In this regard, China has an advantage compared to other countries.

“China is home to some of the world’s largest cryptocurrency mining farms — data centers hosting the mining rigs — thanks to cheap electricity in the country’s coal-rich Xinjiang and Inner Mongolia regions… Chinese miners are known to have deployed machines in the southern Yunnan and Sichuan provinces to take advantage of the even cheaper hydropower available there during the rainy season,” according to South China Morning Post.

Authorities are now trying to curb the activities by raising electricity costs so that mining becomes unprofitable. Last month, it was reported that officials in Sichuan Province were probing into mining farms that are operating without government approval. A mining facility near the Ginkang hydropower plant is believed to have the capacity to host a massive 50,000 units of Bitcoin mining equipment.

Beijing’s crackdown on cryptocurrency mining operations is expected to benefit countries like the U.S. in the long run. “Most major players in the industry in China are hedging their operations and migrating their supply chains to other countries to minimize the impact of regulations from the Chinese government. As such, a shift away from a Chinese dominated mining landscape is a victory for decentralization. By having infrastructure across many countries it makes the network more resilient to government interference,” according to Crypto Slate.

“It’s not really necessary to do that [to ban exchanges and mining] because in 20 years we are not going to be using bitcoin in China. Chinese people will use the RMB, only the RMB will become a cryptocurrency. The central bank of China will turn it into a digital currency,” he said in a statement (Coin Telegraph).

Having the RMB as a cryptocurrency also sits well with China’s ambitions to replace the U.S. dollar as the world reserve currency since the production and distribution of the currency will be within Beijing’s control. China’s currently has the largest number of blockchain projects in the world, accounting for nearly 25 percent of the global total.