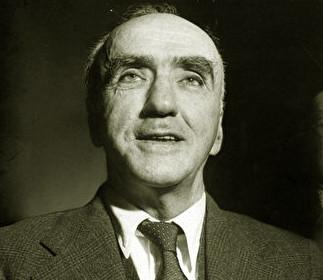 After the outbreak of the Second Sino-Japanese War and the War of Resistance against Japanese aggression, the Japanese army took over the entire northern part of China. The Japanese authorities sent personnel to persuade Stuart to include Japanese professors at Yanjing University in the Senate and to accept the Japanese government’s financial allowances.

Stuart however, would rather have closed the school than to sacrifice the administrative independence of Yanjing University, and so rejected the Japanese offer. From then on, his relationship with the Japanese authorities diminished. At the end of 1941, the Japanese army attacked Pearl Harbor. The Pacific War broke out and Stuart was imprisoned by the Japanese for three years and eight months.

After the victory of the War of Resistance in 1945, Stuart was released. Yanjing University moved to Chongqing. Stuart returned to the school as its president. Once, he met Mao Zedong, the leader of the Chinese Communist Party, and Mao warmly welcomed him to dinner. Mao told him that he had employed many students who came from Yanjing University and they had become the backbone of his forces.

Soon after the Sino-Japanese war ended, Stuart sent a telegram to Mao Zedong and the graduates from the university. The telegram said: “Japan has surrendered, and the Communist Party has no reason to continue to maintain such a large army. The Communist Party should learn to live in peace with the Kuomintang, just like the British Labour Party.”

There was silence after the telegram was received, which seemed to resonate like a heavy stone dropping into the sea.

After the victory of the national army in the war, the conflict between the Communist Party and the Kuomintang continued. In July 1946, believing that Stuart was familiar with Chinese affairs and was also familiar with the main leaders of both the Kuomintang and the Communist Party, the U.S. asked him to serve as their ambassador to China. Stuart was engaged in missionary and educational work throughout his life. Politics and foreign affairs were not his specialties, but the situation was critical. He agreed to serve as the ambassador and mediated the contradictions between the two sides. Thus, he faced the greatest challenge in his life.

During this period, the United States sent Secretary of State George Marshall to mediate, but the United States misjudged the situation, selling out the interests of China at the Yalta Conference, allowing the Soviet Red Army to enter the northeast of China where they slaughtered the local people and stole US$2billion worth of goods. The Soviets used these strategic materials to arm the CCP, which allowed the CCP’s forces to quickly multiply.

Stuart always wanted to salvage the situation, but was unable to do anything. He wrote in his diary:

“During this period, the students’ riots had been constant. They were so patriotic that their good motives could be used by the Communist Party for political purposes. Rapid inflation and difficulties in life had increased this dissatisfaction.

At that time, about 95 percent of the students in Yanjing and Peking University hoped that China would be ruled by communists. They seemed to believe that the Communist government would bring them a better life. The Communist Party’s propaganda brainwashed the young people into believing only the communists can save China. And the Kuomintang’s propaganda at the time was a total failure. During this period, I encountered the biggest challenge in my life…

Afterwards, the Kuomintang golden vouchers reform effort failed, causing serious inflation, and the situation became even worse. As the northeast and Xuzhou regions were successively captured by the communists, in the winter of 1948, just like a historical tragedy, I saw the leader of China, Chiang Kai-shek. The gentleman was still calm. He has lived the life of the Puritans. He still insisted on daily prayers in this situation that is so distressing on the inside and the outside. Perhaps such a firm belief was the only way he could overcome the difficulties.”

In September 1948, Stuart returned to the United States to ask for military assistance in a last-ditch effort to stop the communists from taking control of China, but in the end, the Truman administration rejected his request. In March of the following year, the Chinese communists made final negotiations with the National Government. The Chinese communists asked the National Government to hand over the “war criminals,” headed by Chiang Kai-shek, and sign the surrender contracts they had drafted.

Stuart said at this time: “I have been very disappointed after reading the document. Many of their leaders were my students at Yanjing University. I hoped that the traditional culture they learned in the past would enable them to take proper actions, but it was counterproductive…”

The result of the breakdown of the negotiations was inevitable. The situation after the army crossed the river was irreparable. At the beginning of 1949, the CCP seized power, and soon Stuart returned to the United States. In August, the U.S. Truman administration published the “White Paper on Sino-US Relations,” indicating that the failure of the Chiang Kai-shek national government had nothing to do with the United States. Mao Zedong, the leader of the Communist Party, also published a monograph on the front page of the People’s Daily titled “Farewell, Leighton Stuart.” The article smeared Stuart, turning him into the aggressor of the U.S. imperialists, the enemy of China; this article was selected to be put into middle school textbooks in China, thus slandering Stuart for decades.

Stuart returned to the U.S. to report on the situation, expressed his dissatisfaction with the U.S. authorities, and brought up the seriousness of the infiltration of the Communist Party into the United States.

He mentioned in his memoirs:

“I am deeply embarrassed that I have failed to save China during my tenure as ambassador in China. This is a situation in which most of our Americans seem to have fallen into a trap during the CCP’s seizing power in China. Some of us have been humiliated and some have suffered property losses. But tens of millions of Chinese have been treated more harshly than us. Many of them had been executed and many had starved to death. The report I received was that more than 40 million people were sentenced to forced labor, and many people would rather be exiled abroad, but many people failed to escape and could not go abroad.

We Americans only see the good side that the CCP is showing, but do not pay attention to the CCP’s arbitrariness, stubbornness, deception, disregard of human nature, and the viciousness of inheriting the dictatorship. We only remember the goals of the Communist Party’s so-called progress, democracy, freedom, etc… And they blamed the bourgeoisie, the reactionaries, imperialism, as they wanted us to do! Therefore, we could not escape part of the responsibility of this great disaster. The loss of mainland China is not only the scourge of China, but also the scourge of the United States and the world.”

Part I can be found here