Retaliation for the Drone: US Launches Cyber Attack on Iran 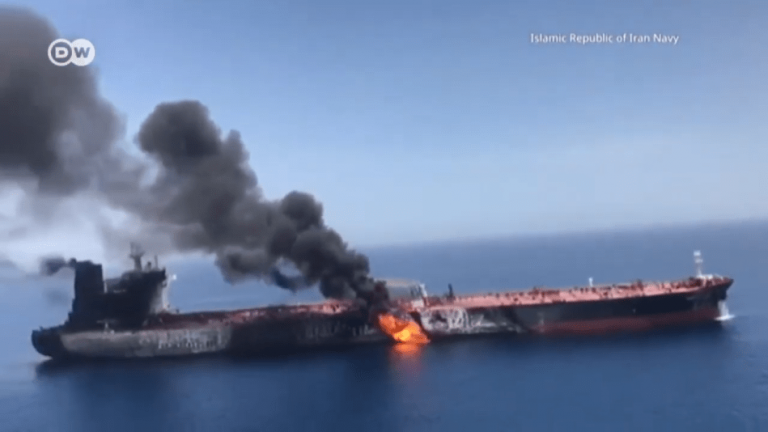 In response to the recent downing of an American drone and the mine attacks on tankers, the United States launched a cyber attack on Iranian computers. (Image: Screenshot / YouTube)

In response to the recent downing of an American drone and the mine attacks on tankers, the United States launched a cyber attack on Iranian computers. The tension between the two nations does not seem to be diminishing anytime soon.

In retaliation for the recent attack on the U.S. surveillance drone, an RQ-4A Global Hawk, and on U.S. tankers, the United States rolled out a plan to conduct a cyber attack on Iran. The Associated Press confirmed from three sources that the U.S. Cyber Command carried out the mission as approved by President Donald Trump. Thus, multiple computer systems controlling Iranian missiles and rockets were targeted, including the one allegedly used by Iran’s Islamic Revolutionary Guard Corps (IRGC) to carry out the mine attack on tankers in the Gulf of Oman. The IRGC, Iran’s Armed Forces branch, was branded as a terrorist organization in 2018 by President Trump.

From the time the retaliatory act was carried out up until now, the White House has yet to release an official statement regarding its justification for the cyber attack. Elissa Smith, the Pentagon spokesperson, noted: “As a matter of policy and for operational security, we do not discuss cyberspace operations, intelligence, or planning.”

The Department of Homeland Security warned businesses to stay vigilant and take proactive measures to protect their systems from tactics used by Iranian hackers, such as data-wiping, credential stuffing attacks, malware, spear-phishing, and password spraying.

This is not the first time the U.S. has launched such a form of retribution on Iran. In 2010, Israel and the U.S. joined forces to deploy the Stuxnet worm to sabotage Iran’s attempt at a nuclear weapons program.

As to why the drone was shot down, Iran claimed that it was violating its air space. The United States, however, rebutted that it was flying over international waters, and hence the retaliatory attack. Still, it was a tamer course of action taken by President Trump: It was actually “Plan B.” The administration rejected an initial plan of launching a strike against the Iranian military. If that plan had been carried out, the White House would have been using a military kinetic force on the targets, dealing considerable damage to the already faltering relationship between both countries.

Ever since the United States pulled away from the 2015 nuclear deal between Iran and the world powers, the friction between the two countries seems to have increased. Because of this, the Middle Eastern country released a statement that rouses concerns: Iran said that it will surpass the internationally agreed limits of its nuclear programs. The Trump administration does not wish for war, but President Trump may be forced to play the last hand if no other alternatives prevail.

And so the cyber attack is seen as the first official show of force of the U.S. against the Iranian Revolutionary Guard, since “Cyber Command” was raised to a full combatant. As John Bolton, the U.S. National Security Advisor, puts it: ”We’re now opening the aperture, broadening the areas we’re prepared to act in.”