Money Flowing Out of Hong Kong as Chinese Interference Grows 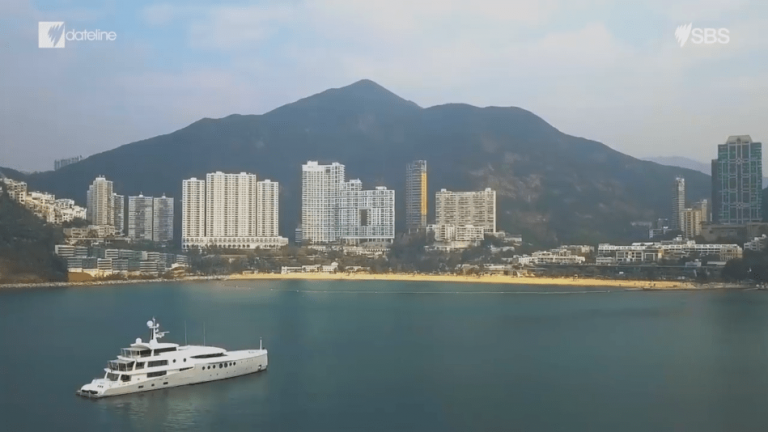 Beijing’s increasing interference in Hong Kong is something that has been making businesses and the wealthy sections of the city concerned. (Image: Screenshot / YouTube)

Beijing’s increasing interference in Hong Kong is something that has been making businesses and the wealthy sections of the city concerned. With the ongoing mass protests against the Hong Kong government’s pro-China extradition amendment bill, capital outflows from the city have spiked.

“We have seen a trend to offshoring assets in the last few years, and the recent protests on extradition legislation are another catalyst underpinning this… Our office has been diversifying outside Hong Kong for years since the Umbrella Movement [protests in 2014] …. The recent protests have really concerned principal families,” Marc Geary, managing director at Major Domus, said in a statement (Ozy).

At least US$10 billion was shifted out of Hong Kong in June alone. All transfers were said to have been made by wealthy individuals. According to Citibank, about 7 out of 100 Hongkongers have a net worth of more than US$10 million. Considering that the city has a population of 7 million people, almost 490,000 residents have US$10 million or more in assets. Large-scale wealth transfers from these elites could create financial havoc in the city.

Immigration inquiries from the wealthy have increased. Many are looking to move to Singapore. They are worried that if the bill gets passed, the Chinese government might target their assets. Almost 300,000 Hongkongers already possess Canadian citizenship. A good many of them are likely to move to Canada should Beijing gain control over Hong Kong’s administration. Several wealthy people have even started selling their homes, not wanting to wait and see whether the extradition bill gets passed.

“The extradition bill is a catalyst… In addition, some people want to emigrate to other countries because they want their children to receive a better education or live a better life… Even if Carrie Lam eventually withdraws the extradition bill, it is hard to say whether the emigration wave would be reversed… Because it is a matter related to confidence. It remains a test for the current Hong Kong government as to what it would do to restore Hong Kong citizens’ confidence in Hong Kong,” Joseph Yau, an immigration consultant, said to The Epoch Times.

Companies operating in Hong Kong are also apprehensive about their future. Over a thousand small businesses shut down operations during a recent mass protest against the bill. “It’s almost impossible for foreign companies to do business in China without the approval of the mainland government… Quite rationally, they don’t want to stick their heads above the parapet… No amount of padding around the extradition treaty is going to fix that,” David Webb, a former banker, said to The New York Times.

Hong Kong Monetary Authority (HKMA), the city’s central bank, is tasked with maintaining the peg between both currencies at a mutually agreed exchange rate. Unfortunately, not many investment experts believe that HKMA has the necessary reserves to defend the peg should a crisis occur. According to estimates, HKMA would need around US$495 billion to maintain the peg. However, its current reserves stand at US$436 billion.