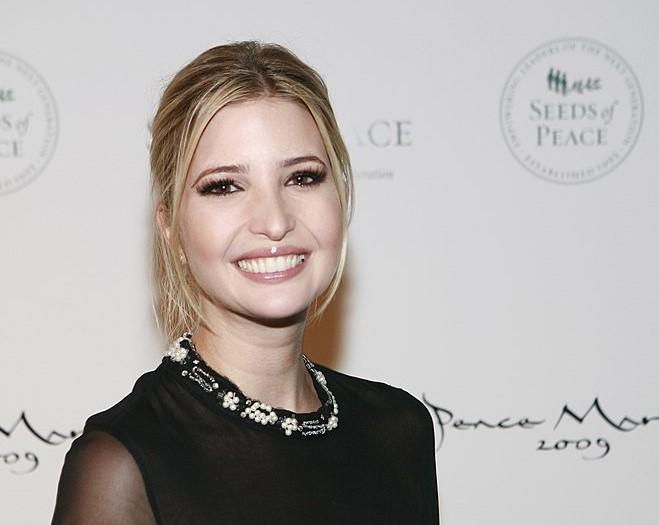 The White House recently announced a new program that seeks to increase the representation of women in matters of world peace. The program was pushed through at the recommendation of Ivanka Trump who is known to be very active in promoting the rights of women worldwide.

Called the “United States Strategy on Women, Peace, and Security,” the new program “focuses both on increasing women’s participation in political, civic, and security endeavors to prevent and resolve conflicts and on creating conditions for long-term peace around the world. The Strategy aims to ensure women are no longer absent from, or overlooked at the negotiating table, and it modernizes international programs to improve equality for, and the empowerment of, women,” according to a press release from the White House.

Ivanka played a huge role in moving the policy forward and participated in a recent discussion at the Capitol that included lawmakers like Senator Jim Risch, Jeanne Shaheen, and Shelly Moore Capito. The new policy is designed to implement the 2017 Women, Peace, and Security Act that required the U.S. administration to take large-scale measures to increase the participation of women in peace-building efforts. The Act was sponsored by Capito and Shaheen.

According to Jamille Bigio and Rachel B. Vogelstein from the Council on Foreign Relations, the involvement of women and civil society groups in a peace negotiation increases the chances of it lasting at least 15 years by 35 percent. Including women in police forces, peacekeeping units, and the security sector is also seen as reducing abuses against civilians. The new program will seek to encourage federal departments that are involved in international aid and foreign policy to collect more input from women during disaster recovery and other peace efforts.

“We’re now the first country in the world that requires women to be at the table when negotiating peace agreements and mediations… [The initiative] recognizes that women’s participation and empowerment are essential to good defense policy, conflict resolution, and post-conflict peace-building efforts,” Ivanka said in a statement (Refinery29).

“Investing in women is smart development policy and it’s smart business… It’s also in our security interest, because women, when we’re empowered, foster peace and stability… Ethiopia’s success is Africa’s success… We learned today that the quality of the coffee is second to none. You shared with me that Ethiopian cotton rivals cotton anywhere in the world. And then, of course, the skills and the craftsmanship of the Ethiopian people. We hope more people realize their full potential,” she said in a statement (The Epoch Times).

The initiative is funded through both public and private channels and has already received $50 million in starter funds from the United States Agency for International Development (USAID). In January, Trump signed into law the Women’s Entrepreneurship and Economic Empowerment (WEEE) Act that was supported by Ivanka. The Act mandates USAID to contribute almost half of its Small and Medium-sized Enterprises (SME) resources into ventures owned by women.