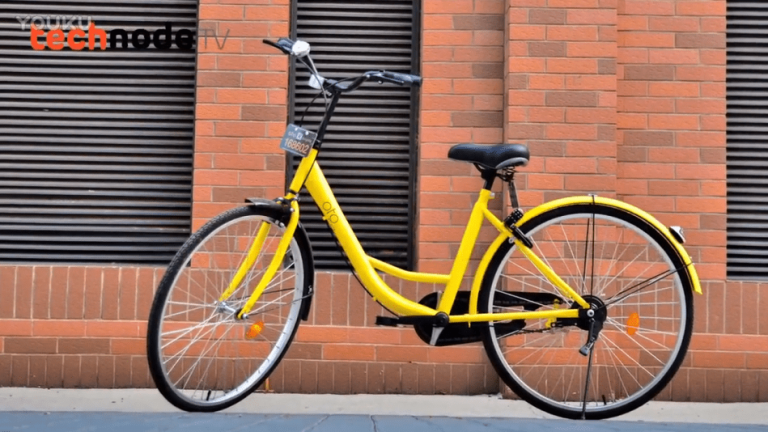 Bike sharing company Ofo was once hailed by state media as being one of the four great Chinese inventions of modern times. (Image: Screenshot / YouTube)

Ofo was once the poster child of China’s entrepreneurial spirit, with state media even hailing the company as one of the four great inventions of the country in modern times. However, the bike sharing firm is now facing bankruptcy, unable to pay back even the money of its users.

Ofo was founded in 2014 by Dai Wei, a graduate from Peking University. The bike sharing business started on the university campus, eventually spreading to hundreds of cities in China and abroad. The idea that people could take a bike from the streets, use it, and pay for its use through a mobile app seemed like a really good one. In fact, investors were so impressed with Ofo’s potential that they poured about US$2.2 billion into the company.

Obsessed by a desire to spread to as many cities as possible within the shortest period of time, Ofo went on an expansion spree. And that was the company’s mistake. Ofo burned through cash like there was no tomorrow and the company soon found that it did not have the funds to continue operations. The subsidies provided to users to fight off competition and the huge cost of maintaining bicycles soon became too big to bear. By the second half of 2018, Ofo started withdrawing from several cities. But it was too late.

Suppliers of bikes and logistics firms started suing Ofo for unpaid bills. It soon became clear that the company did not have the money to honor its payments. In February 2019, a Tianjin court froze about US$220,000 in assets. A bike manufacturer sued Ofo for an unfulfilled production bid totaling over US$36 million. But the court found that the company did not have the assets to cover the payment.

“Since Ofo has no way to pay for the bid, enforcement has been suspended… Ofo has received more than 170 enforcements from courts around China. Several of the company’s executives have also been blacklisted, prohibiting them from buying high-class services in China, including first-class air travel and stays in luxury hotels,” according to Tech Node.

The company had also collected deposits from millions of users, of which 15 million people have yet to get a refund. Users had deposited the equivalent of between US$14 and $29 to gain access to the bikes. With operations down, the users are neither able to use the bikes nor get back their money. Ofo keeps extending the refund date to the irritation of the users who feel that their money has been stolen. “During the past year, we have borne immense cashflow pressure… We have to return users’ deposits, pay back our suppliers, and keep the company running. We have to turn every yuan into three,” Dai Wei said in a statement (Forbes).

Ofo’s crash has also become a big headache for investors who poured billions into the startup. Alibaba invested around US$866 million in the company. Other backers include GSR Ventures, ZhenFund, and Matrix Partners China. With their money almost certain to never be recovered in full, the investors are looking at being hit with huge losses.

“Crashes of this scale in venture capital and tech are rare. China’s bike-sharing sector developed overnight as an Uber-like model for bikes with a technology twist of QR codes and mobile payments to unlock dockless bikes. Bike-sharing was the startup fad in China. Flooded with venture money, startups over-expanded too quickly in China and overseas, chasing the opportunities in a fiercely competitive market,” according to Forbes.

In 2018, Ofo staved off calls for merging with rival company Mobike. But now, it seems as if the only way out of the mess is to find a buyer. Since the market for shared bikes is still relevant in China, Ofo has an opportunity to survive.