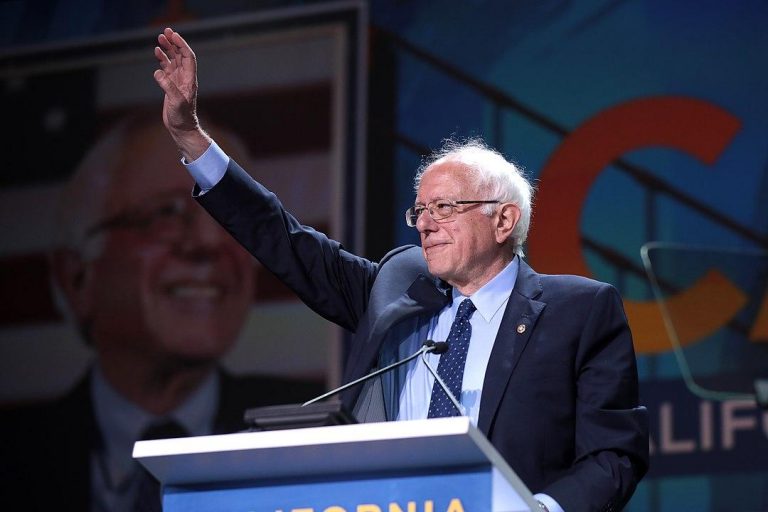 2020 Presidential candidate Bernie Sanders announced that he will roll out a proposal to forgive US$1.6 trillion in student loans. Such a move would wipe out the debts of almost 45 million Americans.

“This is truly a revolutionary proposal: All Americans will get the college education or job training they need while having all student debt forgiven. We bailed out Wall Street in 2008. It’s time to tax Wall Street’s greed to help the American people,” Sanders said in a tweet. The idea has been co-sponsored by other Democratic politicians like Ilhan Omar and Pramila Jayapal in the House of Representatives.

Sanders is not the first candidate to propose the plan. Elizabeth Warren has also put forward a student debt forgiveness initiative under which (up to) US$50,000 of loans will be canceled provided the household income is less than US$250,000. But while Warren’s plan is estimated to cost around US$640 billion, Sanders’ plan will cost the government almost US$1.6 trillion. So how does Sanders plan on funding the program? By taxing Wall Street. He wants to impose a 0.5 percent tax on all stock transactions and use the money collected to wipe out student loans.

According to estimates, nearly 70 percent of graduates from colleges leave with a significant amount of debt. An average student is calculated to owe almost US$37,000 in student loans, which is an increase of US$20,000 from 13 years ago. This burden forces students to defer spending money on other things. Sanders expects that by canceling student debt, the beneficiaries will have the money necessary to invest in homes, start a business, and so on. In addition, Sanders has also proposed a free “Medicare for All” program that he says will be funded by raising the taxes on the middle class.

“We have a new vision for America… And at a time when we have three people in this country owning more wealth than the bottom half of America while 500,000 people are sleeping out on the streets today, we think it is time for a change, real change. And by that, I mean that health care in my view is a human right and we have got to pass a Medicare for All single-payer system… Under that system, by the way, [the] vast majority of the people in this country will be paying significantly less for health care than they are right now,” he said in a statement (Yahoo News).

Not many are convinced by Sanders’ proposal to cancel student debt. The plan would cost around US$2.2 trillion for the government to implement. Critics argue that the proposal is only a temporary solution to the student debt problem. By forgiving existing student debt, Sanders may encourage the next generation of students to build up loans, forcing the government once again to cancel their debt.

“Sanders’ plan to subsidize state colleges with federal matching funds may be an attempt to combat moral hazard. At least some students, faced with the choice of borrowing or attending a free state school, will choose the free state school. But the moral hazard created the initial debt cancellation will likely lead many students to conclude that the choice is irrelevant because the federal government will wind up paying off their debt also,” according to Breitbart.