The Prickly Story of Millennials and Their Fascination With Cacti 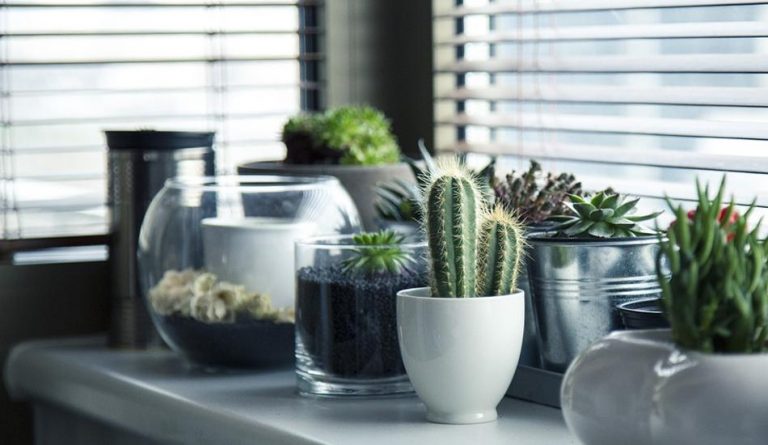 Cacti are adding greens and fashion to millennial homes. (Image: via Pixabay)

It’s mean, it’s dry, and it’s full of thorns. Say hello to the new obsession of Millennials — cacti. These desert plants are rocking in their pots to make millennial homes feel nicer. Or, edgy.

Back in the ’70s, cacti were a prized gift you would receive during Christmas. In its glory days, it was a sought-after item for all ages. However, after the ’70s, they lost their charm and immediately joined the not-so-merry band of dusty collectibles like vinyl, MINI cars, and whatnot in the bargain stores. But the thorny yet frail body is back to show its worth, as Millennials have reignited the trend once again.

In a 2016 study, the National Gardening Report found that the age of 5 million, out of the total 6 million freshly-minted American gardeners, ranged from 18 to 34. Millennials are bringing the cactus back home, adding more greens to the whites and blues of the digital era, and it seems like the trend is not cooling down, at least in 2019.

Too cool to be forgotten for Millennials

How so? What is it with this oddly-looking, leafless green thriving in the drier areas of the world that keeps the younger generation’s thirst for novelty? Cacti are part of the succulent family, which means their fleshy bodies possess ample storage of fresh water to make survival in arid climates or soil conditions possible. Due to this nature, they grow even with less care and attention, unlike other houseplants. A little water is enough to make these prickly babies bloom and shine.

And since it’s a fast-paced world, according to global trends manager Catherine Cottney of the forecasting agency Mintel, cacti provide Millennials a respite from their digital lives. She said to Independent UK: “Tending to a plant gives Millennials a chance to take a break from their screens and connect with something tangible in the ‘real world’. This is an issue discussed in Mintel’s Trend Objectify, which looks at how consumers are elevating the value of physical goods in an increasingly digital world. Although not quite as cuddly, plants offer a relationship of sorts, as well as a sense of achievement, as sustained care and attention can help seedlings transform into bigger blooms.”

To them, they’re like children, silent but independent. Igor Josifovic, who manages Urban Jungle Bloggers, along with Judith de Graaff, went on to say in an interview (Independent UK),

“For young people it is much easier to live with houseplants because they require less time and they allow you to travel and party as you like, while they keep your apartment pretty and healthy.

And seriously, is anyone actually discussing the options of getting a child or buying a plant? We don’t think so!”

As more Millennials go gaga for these trendy houseplants, the sales in plant stores skyrocket. Stores selling cacti of all sorts are popping up everywhere in the U.S., and aficionados sure are getting thirsty for a raid. Carlos Morera and Max Martin, the proprietors of the Los Angeles-based Cactus Store, are shipping hundreds of cacti to their pop-up in New York this year. This is their third summer bringing the cacti back home to the bustling electric city; their Instagram followers just can’t seem to get enough.

However, with this demand for cacti bursting through the market ceiling, some sellers are taking it too far. According to reports, the price of cacti in the black market hits $100 a foot; the bad thing is, these cacti might be the fruits of burglary.

Thieves who are looking to make a quick buck are making their way to places like Saguaro’s Cactus Forest with their garbage bags to collect poor cacti pulled out of their places. It’s easier than devoting 15 years to grow cacti, say the park rangers. “You could tell the people who stole the plants were money lovers, not cactus lovers,” Karen Little, a greenhouse manager in Texas, said to The Cut. “The plants were just yanked out of the ground and stuffed into garbage bags.”