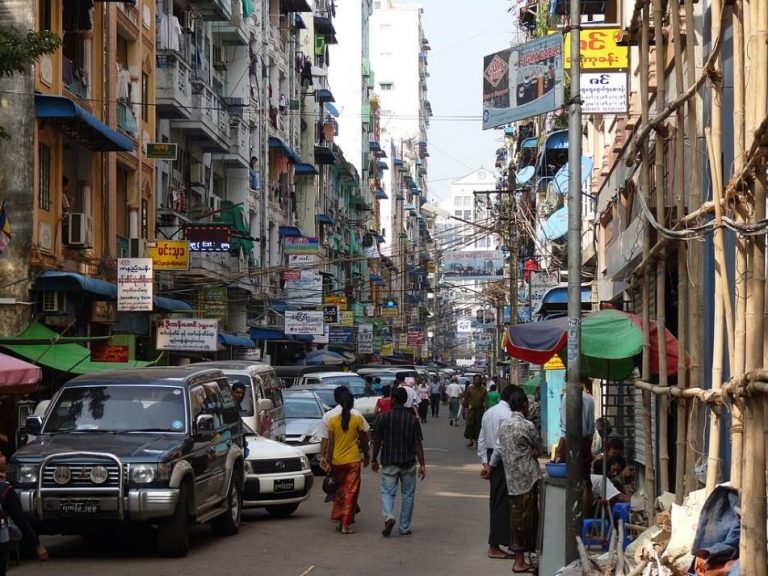 Fearing U.S. tariffs will significantly damage revenues, several exporters from China are moving production to Myanmar and other nations, especially Southeast Asian countries. Despite U.S. and China agreeing to a trade truce at the recent G20 meeting, the shift in production is expected to continue.

China’s Purchasing Managers’ Index (PMI) for June stood at 49.4, just below the 50 level that indicates market contraction. This is the lowest figure since January this year when the PMI had dipped to 48.3. “Overall, China’s economy came under further pressure in June… It’s crucial for policymakers to step up countercyclical policies. New types of infrastructure, high-tech manufacturing and consumption are likely to be the main policy focuses,” Zhengsheng Zhong, director of macroeconomic analysis at CEBM Group, said in a statement (CNBC).

The manufacturing sector in China has been stressed out over the past months as companies were required to pay an extra 25 percent charge on their U.S.-bound goods. This has forced several exporters to move their production units to other countries. Myanmar seems to be one of the beneficiaries to this change. According to the country’s Directorate of Investment and Company Administration, approved Chinese projects in Myanmar surged by US$585 million in the 12 months through April. In the month of May, production peaked at a 13-month high and businesses saw a rapid increase in workforce numbers.

“Our factory is receiving many orders. The products are being exported to the U.S. and Europe. So I believe our future will be improved from working in this factory,” Marlar Cho, a supervisor at a factory in Myanmar, said in a statement (Japan Times). Though there are complaints of poor infrastructure and lower worker productivity, Myanmar remains an attractive destination for Chinese exporters looking for a safe way to avoid U.S. tariffs.

Southeast Asian nations like Cambodia, Vietnam, Thailand, and the Philippines have also seen a surge in Chinese manufacturing investment. In South Asia, Bangladesh has been a top pick for Chinese exporters since the country does not have any anti-Chinese sentiment as seen in places like Vietnam and Cambodia. Plus, the labor costs are pretty cheap in Bangladesh, especially in the garment industry. However, this does not mean that Asian manufacturing remains strong. China’s shipments to the U.S. dropped by 8 percent last year. This has triggered a loss in volume of exports from other Asian nations to China.

“[Asia] has taken a big hit due to the region’s integrated supply chain centered on China, and the loss is not fully compensated by the export gains to the U.S… The combination of gains to the U.S. and losses to China suggests damages to the region’s export supply chain. Those who have gained in the U.S. market may have benefited from short-term substitution effects but might not be the long-term winners once the global supply chain is fully adjusted,” Aidan Yao, the senior China economist for AXA Investment Managers, said to Forbes.

Some Chinese manufacturers are also moving to Mexico and other South American countries rather than Southeast Asia, thereby driving the manufacturing of U.S.-bound products to the Western hemisphere. Though Trump and Xi arrived at a temporary truce during G20, with the U.S. agreeing to suspend new tariffs on US$300 billion worth of Chinese imports, manufacturers do not want to risk staying in China anymore. They realize that the relationship between both countries is hanging by a thread. As such, exporters are looking to set up production centers in nations other than China so as to keep their supply chains secure in case U.S.-China trade takes a turn for the worse.