No More Plastic Straws in Taiwan 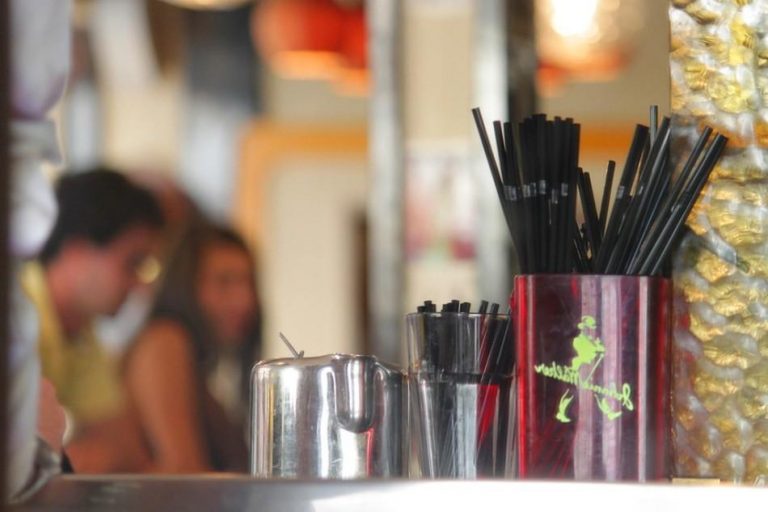 A new plastic straw ban came into effect on July 1 in Taiwan as the country seeks to cut back on the plastic pollution plaguing the island. (Image: Nicolas NONNET via flickr CC BY-SA 2.0)

A new plastic straw ban came into effect on July 1 in Taiwan as the country seeks to cut back on the plastic pollution plaguing the island. Taiwan uses around 3 billion plastic straws annually. With the new law, it is hoped that the number can be reduced by 100 million per year.

“In the first phase, the ban is in effect in government agencies, public and private schools, department stores, shopping malls, and fast food chain outlets for on-site or in-store use of food and drink, totaling 8,000 venues nationwide. Customers who order take-out or home delivery, however, can still be given plastic straws for now,” according to Focus Taiwan.

Violators of the ban will initially receive a warning and a 30-day period to improve their adherence to the new law. Failure to comply will attract fines of up to US$200. On the very first day of the ban, the Environmental Protection Administration (EPA) inspected more than 1,100 street vendors in Taiwan. Two vendors who were found to be using plastic straws were given warnings.

In Taipei, the deputy commissioner of the Department of Environmental Protection, Albert Chen, is hopeful that the ban will cut back the use of plastic straws by 5 million annually. “With the small step we take today, I hope plastic straws can be found only in museums in the future,” he said in a statement (The Mainichi). Almost 549 businesses in the city will come under the purview of the new law.

McDonald’s had already abandoned the use of plastic straws in its Taiwanese chains starting in April this year. The company is offering paper straws instead. McDonald’s expects the move to reduce the company’s plastic use by 16 percent. KFC has started providing metal straws to customers. Retail chains like IKEA, TGI Friday’s, and Subway have also ceased offering plastic straws to their customers.

The decision on whether handmade tea shops need to be brought under the new ban will be made next year. Taiwan has a very respectable plastic recycling rate of 58 percent according to a 2016 report by the European Environmental Bureau.

The issue of plastic pollution in Taiwan is serious. As per a study conducted by the EPA last year, 44 percent of tap water in the country contains plastic specks. The agency based the study on 100 samples of tap water and 23 samples of unfiltered water that were obtained from 89 water purification plants in Taiwan.

“Of the unfiltered water, 61 percent contained pieces of microplastic, while 44 percent of the tap water was found to contain plastic specks. The unfiltered water was found to contain eight pieces of microplastic per liter of water, while the tap water was not much better, with six pieces per liter. The plastics detected were all fibrous and the main components were Polyethylene terephthalate (PET), nylon and Polyethylene (PE),” according to Taiwan News.

In the same study, samples collected from seawater showed pollution of 1,000 to 18,500 piece of microplastics for every kiloliter of water. The most common types of plastic found in shellfish and beach samples were Polypropylene (PP), nylon, Polyvinyl chloride (PVC), Polyethylene terephthalate (PET), and so on. These are typically used in plastic bags, fishing nets, bottles, caps, and straws.