Are Young People Growing Horns From Smartphone Use? 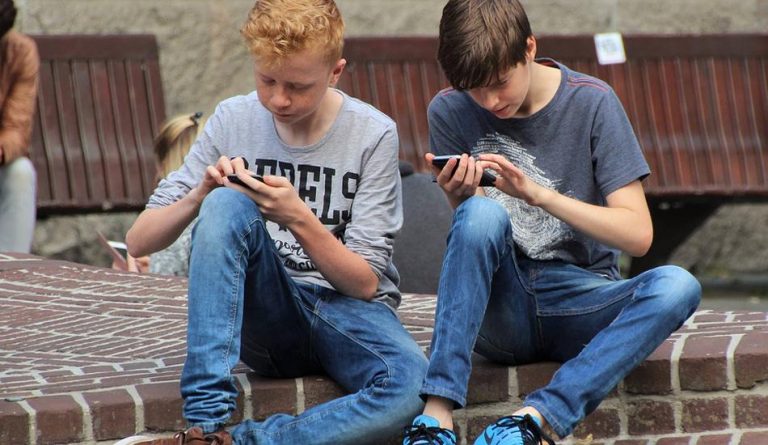 Smartphone usage has been found to cause several health issues. But a new study shocked people all around the world by claiming that youngsters are growing horns from increased exposure to smartphones. But it seems as if the study might be misrepresented, and an effort is underway to re-evaluate results.

In a study conducted by researchers at the University of the Sunshine Coast, it was discovered that younger adults had bone growths at the base of their skulls. This bone development was attributed to the increased use of smartphones, which forces youngsters to bend their necks downward for extended periods of time.

The researchers claim that their discovery is the first documentation of the physiological change in human beings adapting to technology. “An important question is what the future holds for the young adult populations in our study when the development of a degenerative process is evident in such an early stage of their lives?” the authors of the study said in a statement (MSN).

Though the study was conducted last year, it was just recently that the media took it up and popularized it. Several scientists criticized the study, terming it as unscientific. The publisher of the study, Scientific Reports, eventually stated that they would reexamine the techniques and conclusions of the report. The study had used 1,200 people aged 18 to 86 years.

“When any concerns are raised with Scientific Reports about papers we have published, we investigate them carefully following established procedures… We are looking into issues regarding this paper and we will take action where appropriate,” a spokesperson for Scientific Reports said in a statement (Live Science).

The lead author of the study, David Shahar, criticized the media for sensationalizing his report. He argued that the study never mentions the bony growth as “horns” and that it was the media that started using the term to gain reader interest. Such protuberances are typically common among older people and are usually harmless. They are more often found in men than women, which is why forensic scientists look for such protuberances on a skeleton to determine its gender.

Smartphones emit blue light, which is known to damage vision. Blue light converts the molecules called retinals present in the human eye to “cell killers.” Since the retinals are only in limited supply, the vision is eventually affected. In a dark environment, looking at smartphone screens for a long period can cause strain in the eyes.

“The blue light emitted from the mobile phones distresses the manufacture of melatonin and thereby sleep. It is an important hormone also known for its anti-oxidant properties and helps the body to contest against cancer, mainly those related to breast and prostate cancers. When your melatonin levels are suppressed, your risk for cancer and other ailments increases,” according to Pin Program.

Smartphones can also lead to depression and feelings of isolation. In a study conducted by Korea University, Seoul, researchers found that the youngsters who were addicted to smartphones scored higher on a scale of depression. They had an increased presence of gamma-aminobutyric acid (GABA) in their brains that caused severe anxiety and drowsiness.

An interesting phenomenon among smartphone-addicted users is “phantom vibrations.” People will start perceiving phone vibrations even though the device may not be anywhere near them. Some users who type extensively in smartphones can suffer from numb thumbs.