UBS Should Be Safe Despite ‘Chinese Pig’ Scandal 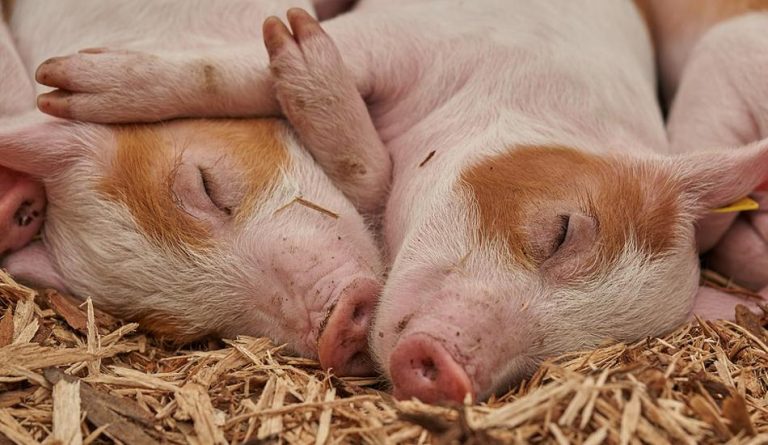 One of UBS’s top economists, Paul Donovan, recently sparked off a storm on Chinese social media after using the term “Chinese pigs” while talking about the swine fever situation. The Chinese saw it as an insult to the people of the country, something that Donovan never actually intended. And though it has sparked off criticism of UBS, the company’s operations in China should be safe over the long term.

“The problem seems to have been caused not by the words themselves, but by the way they were translated into Chinese. “Chinese pigs” was a term of abuse used by the British against the Cantonese in the First Opium War, a particularly low point in our imperial past. It’s almost akin to using the N-word, it is claimed. Differences in grammar and usage also have injected poison into what should have been dismissed as a trivial misunderstanding,” according to The Australian.

Chinese Securities Association of Hong Kong and Haitong International Securities criticized the use of the term and demanded that Donovan be immediately sacked. Sensing trouble, UBS suspended Donovan for an unknown period and asked its managers in China to allay the concerns of local investors. Senior relationship managers have reportedly been asked to personally call all wealthy clients and explain the situation to them. The company also issued a public apology.

“We apologize unreservedly for any misunderstanding caused by these innocently intended comments… We have removed the audio comment from circulation. To be clear, this comment was about inflation and Chinese consumer prices rising, which was driven by higher prices for pork,” the bank said in a statement (PTI News).

UBS is eyeing the US$24 trillion worth Chinese private banking market. Though the firm only has a limited presence on the mainland, it expects growth to be steady in the coming years. Plus, the bank also plans to tap into the US$1 trillion worth of Chinese money being managed offshore in cities like New York and Singapore. Despite the “Chinese pig” scandal, UBS is expected to grow in China. After all, the money will inevitably flow to those who can generate good returns for the investment. And as long as UBS delivers to clients’ expectations, they will stick with the bank.

Plus, most Chinese investors are sensible enough to realize that Donovan was only referring to the pork market of China and was not insulting the entire Chinese race. Many of the Chinese clients have their money locked in long-term derivative investments that cannot be unbound immediately unless they are ready to pay heavy penalties. This should keep wealthy Chinese from pulling out their money from UBS in the heat of the moment.

In March, Yu Kangzhen, China’s vice agriculture minister, declared that the swine fever epidemic affecting pig farms was under control. However, many industry experts had warned that such announcements were mere cover-ups and that the real situation was much worse.

According to the estimates of people who supply to large pig farms, almost half the country’s breeding pigs have died from swine fever or been killed off to limit the spread of the disease. This is twice the number acknowledged by government officials, which should be something worthy of engagement among the general public.

“Almost all the pigs here have died… We were not allowed to report the pig disease… I dare not raise pigs… You can’t see the virus with your eyes. The virus is still here, there is a virus in the pigsty,” a farmer from Bobai county said to Reuters. She added that the authorities had “warned” her against “spreading rumors” about the disease.

Almost 60 percent of Chinese meat consumption is accounted for by pork. With millions of pigs dead, the agricultural ministry has warned that pork prices could spike by up to 70 percent in the coming months. The livelihood of almost 40 million pig farmers in China has been affected adversely due to the disease.