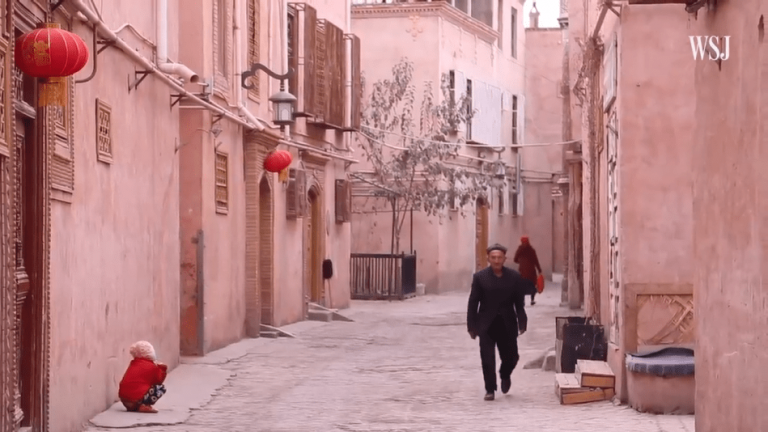 Visitors to China's Xinjiang region have found spyware installed on their phones after being stopped at security checkpoints. (Image: Screenshot / YouTube)

The fact that Communist China has a high-tech surveillance system that constantly keeps watch over citizens 24/7 is well known. However, several media outlets are now reporting that this surveillance extends to visitors as well.

Tourists to China’s border regions like Xinjiang are being asked to submit their phones for security checks. The police use this opportunity to install surveillance apps on the devices that secretly transmit texts, emails, contacts, and handset information to Chinese servers. The installed apps also keep track of tourist movements. They look at whether the tourist is fasting during Ramadan or if they listen to the Japanese metal band “Unholy Grave,” who upset the CCP with their song Taiwan: Another China, or if they read literature written by the Dalai Lama, and so on.

The tourists are not warned that such apps are being installed. If the visitors indulge in activities deemed “illegal” by the communist state, they risk getting arrested and ending up in detention. Not surprisingly, the revelation has triggered a huge negative reaction on social media, with many saying that they are now wary of visiting the Asian country.

One tourist got his phone investigated at a checkpoint and was later shocked at discovering the surveillance apps. “There was another checkpoint about two hours away and I was thinking that maybe they had downloaded things and they would have all of their analysts going through it all while we were traveling, and then maybe they [would] send people back when they got to the next place… I don’t like it. If they were doing it in my home country I would be aghast, but when you are traveling to China you know it might be like this,” he said to The Guardian.

One of the surveillance apps, BXAQ or Feng Cai, is supposed to be deleted by border officials before returning the phone back to its owner. The media outlets investigating the app reverse-engineered it and found that it was developed by Nanjing FiberHome StarrySky Communication Development Company, which is partially owned by a state telecom equipment manufacturer. Anti-virus software like McAfee and Avast have repeatedly flagged BXAQ as malware.

While tourists only have a brush with China’s horrifying surveillance system, the residents of Xinjiang have to deal with it on a daily basis. In addition to mobile apps that track every movement and online activity, Xinjiang minorities like Uyghurs are always under the watch of a wide camera network. DNA and other biometric data are collected by officials so as to keep everyone in Xinjiang traceable. If someone moves out of the region to any other part of China, officials will soon be able to identify their location.

Though Beijing calls this surveillance necessary to contain religious extremism, the truth is that the government just wants to ensure that people always prioritize communist ideology over their own culture and faith. “The Chinese government, both in law and practice, often conflates peaceful religious activities with terrorism… You can see in Xinjiang, privacy is a gateway right: Once you lose your right to privacy, you’re going to be afraid of practicing your religion, speaking what’s on your mind, or even thinking your thoughts,” Maya Wang, a China researcher for Human Rights Watch, said in a statement (The New York Times).

Of late, there has been an increasing interest in China’s nightmarish surveillance system from countries that have authoritarian dictatorships, like Venezuela. Many futurists are afraid that what Beijing is cooking up as a tool to “keep people in check” might eventually develop into a global system of monitoring and tracking.