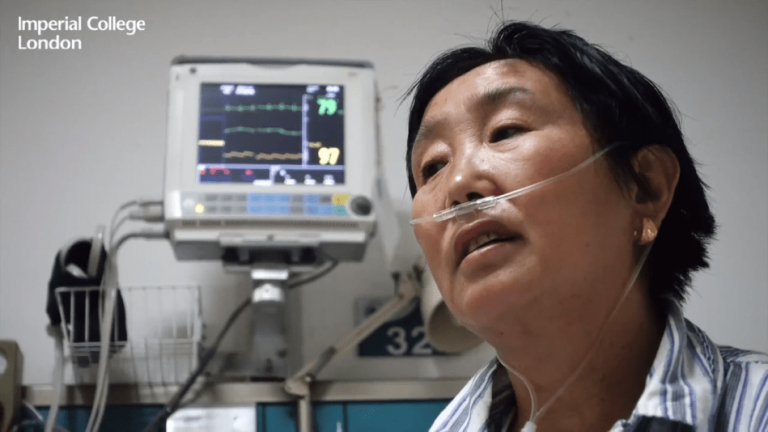 Along with its rapid economic prosperity, China has also seen a rise in conditions like heart attacks, lung cancer, strokes, and so on. (Image: Screenshot / YouTube)

China has apparently passed a health “tipping point,” according to a new study. While in the past, infectious diseases were the leading cause of death, they have now been surpassed by chronic conditions. This shift is believed to have occurred due to the rapid economic prosperity that reduced the risk of death from diseases since people could afford better medical care. However, the resulting lifestyle changes of less physical activity and unhealthy diets have triggered a rise in conditions like heart attacks, lung cancer, strokes, and so on.

The study looked at the health situation in China between 1990 and 2017 and found that ischemic heart disease had replaced neonatal disorders and lower respiratory infections as the major reason for the disease burden. Liver cancer, chronic obstructive pulmonary disease (COPD), ischemic heart disease, strokes, and lung cancer were the top five reasons for premature death. The study has produced estimates for over 350 diseases and injuries while identifying 84 risk factors.

“Like many countries, China has reached a tipping point over the past three decades… Going forward, the burden of chronic health problems, especially among the elderly, will far exceed infectious diseases,” Maigeng Zhou, an official at an offshoot of the Chinese Center for Disease Control and Prevention (CDC), said in a statement (Bloomberg). People in wealthier and urban areas were discovered to be healthier than those from rural regions.

The top risk factor for chronic diseases in about 21 provinces was smoking. High blood pressure resulted in 2.5 million deaths in 2017, of which almost 95 percent of the cases were linked to cardiovascular disease. The top disabling conditions in the period were found to be mental disorders, musculoskeletal disorders, and sense organ diseases like hearing loss, vision loss, etc.

The government hopes to use the findings to plan for its national health program. “We are committed to achieving the goals of the Healthy China 2030 Plan… These detailed provincial findings will help us tailor evidence-based policies to the health needs of local communities,” Dr. Xiaofeng Liang, Deputy Director at the Chinese CDC, said in a statement (Science Daily).

Air pollution is estimated to prematurely kill almost 1.1 million Chinese every year, while shaving off about US$38 billion from the national economy. Pollution also makes people sadder according to a study that compared the sentiment of people’s tweets with the daily particulate matter pollution index of their respective cities.

“There was a significantly negative correlation between pollution and happiness levels… Women were more sensitive to higher pollution levels than men, as were those on higher incomes… Individuals from the very cleanest and very dirtiest cities were the most severely affected by pollution levels,” according to Health Europa.

According to another study conducted by Professor Guojun He, particulate pollution in the north of Huai River is higher by 46 percent compared to the rest of the regions. As a consequence, people from the area have a shorter life span. He believes that people could easily live much longer if the country complied with its own Class 1 standards for PM10, that is, particulate matter less than 10 microns in size.