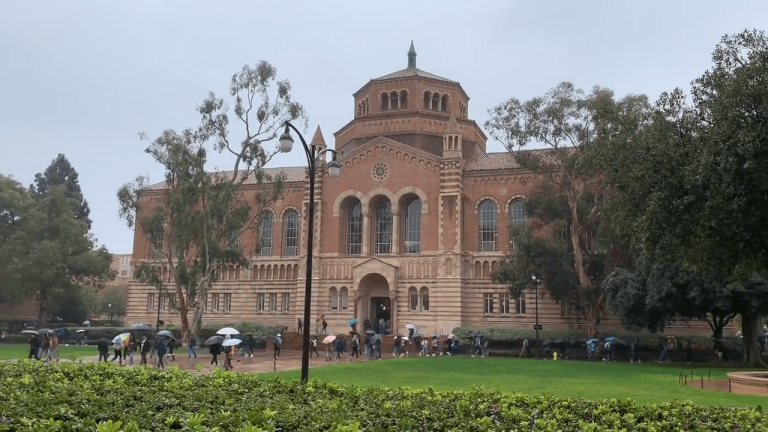 A 64-year-old former professor at the University of California, Los Angeles, has been found guilty of stealing microchips from an American company and selling them to the communist Chinese. (Image: Screenshot / YouTube)

A 64-year-old former professor at the University of California, Los Angeles, has been found guilty of stealing microchips from an American company and selling them to the Communist Chinese. The convict, Yi-Chi Shih, faces a maximum prison term of 219 years.

“The Department’s China Initiative is focused on preventing and prosecuting thefts of American technology and intellectual property for the benefit of China… The defendant has been found guilty of conspiring to export sensitive semiconductor chips with military applications to China.  I would like to thank the prosecutors and agents, including those from the Royal Canadian Mounted Police, for their efforts in this successful investigation and prosecution,” Assistant Attorney General Demers said in a statement (Department of Justice).

To acquire Monolithic Microwave Integrated Circuit (MMIC) chips from the American manufacturer, Shih posed as a customer. Once the chips were obtained, Shih sent them to Chengdu GaStone Technology (CGTC) where he was the president. The Chinese company is said to have been in the process of building its own MMIC factory. As such, the acquisition of the U.S. chip will now allow CGTC to reverse engineer and market it in China and beyond.

MMIC chips are considered a critical technology since they are used in several military applications like missiles, fighter jets, guidance systems, radar, and so on. The company from where Shih obtained the chip is a supplier to DARPA, the United States Navy, and the United States Air Force. U.S. law makes the shipment of such sensitive technology illegal unless one has obtained permission from the Commerce Department. Shih did not have the authorization and was therefore arrested. He used a Hollywood-based company called Pullman Lane Productions LLC to transfer money from China to America in order to fund the purchase of the chips.

CGTC was placed on the Commerce Department’s Entity List in 2014 “due to its involvement in activities contrary to the national security and foreign policy interest of the United States — specifically, that it had been involved in the illicit procurement of commodities and items for unauthorised military end use in China,” according to South China Morning Post. Shih had help from co-defendant Kiet Ahn Mai, who pleaded guilty in December last year. Mai will be sentenced in September and may spend up to 10 years in prison.

American intelligence agencies have warned several times that China is using professors and researchers to steal sensitive technology. Christopher Wray, the Director of the FBI, believes that universities and companies need to be very careful when dealing with such threats emerging from China. He has emphasized greater information sharing between the FBI and American institutions to defeat Chinese theft attempts.

“China has pioneered a societal approach to stealing innovation in any way it can from a wide array of businesses, universities, and organizations… They’re doing it through Chinese intelligence services, through state-owned enterprises, through ostensibly private companies, through graduate students and researchers, through a variety of actors, all working on behalf of China… We need to focus even more on a whole-of-society approach because in many ways we confront whole-of-society threats,” he said in a statement (Inside Higher Ed).

The U.S. has restricted visas of Chinese students, researchers, and professors in a bid to prevent potential spies from accessing American intellectual property. Moving forward, Chinese investments in U.S. firms and universities will be under greater scrutiny.