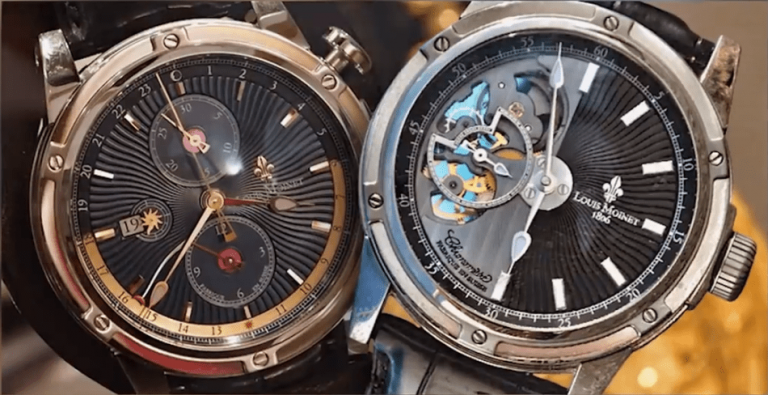 Over four decades ago, the global watch industry was dominated by Swiss companies. (Image: Screenshot / YouTube)

Over four decades ago, the global watch industry was dominated by Swiss companies. But in the 1970s, Japan launched cheap quartz watches that ran on batteries instead of using clockwork mechanisms. This essentially wiped out a large number of Swiss watch brands and positioned Japan as a major competitor in the industry.

The quartz watch disruption of the seventies was led by Japanese watchmaker Seiko, a company that eventually became an industry giant. However, they missed out on the subsequent resurgent demand for luxury mechanical watches. Now, the company is aiming to repeat its performance in the higher-priced segment through its luxury brand “Grand Seiko.”

When compared to other brands, Grand Seiko is known for its simpler dials and accuracy. Almost 100,000 Grand Seikos are manufactured every year. And it seems as if demand for the brand is increasing. “The Grand Seiko is a serious competitor… It’s starting to eat at their [Swiss brands] client base,” James Dowling, co-author of The Best of Time: Rolex Wristwatches, said in a statement (The Japan Times).

Grand Seiko is also revamping its marketing strategy in order to capture more customers. In addition to boosting production, the brand is planning to increase its main price range from US$5,000 to US$15,000. Grand Seiko has a very precise idea of the market it wishes to target — clients who are not abundantly wealthy but have enough money to buy top-range watches. Essentially, the company is aiming to be a dominant player in the mid-to-high price range category. More outlets are also being planned.

“We wanted to give Grand Seiko a bigger stage that would push its name into the global public consciousness… The first item on the to-do list was to increase the number of Grand Seiko outlets overseas. There were only a few offshore outlets in 2015, but now we have 80 boutiques worldwide. This gives our customers a chance to get to know us and become familiar with our vision as a maker of luxury brand watches,” Shinji Hattori, CEO of Seiko Holdings, said to The Japan Times.

The company initially manufactured devices like calculators. Once the digital era began, Casio jumped into watchmaking, releasing its first wristwatch — the 63064 Casiotron. The company has never looked back. Casio is today a well-known brand in the watch industry. Though the company is not that prominent in the luxury segment, it does pretty well in the value-for-money and mid-tier categories.  Some popular watches made by the company include the Pro Trek, Edifice, and G-Shock.

Citizen is recognized as another one of the”‘high-class” watch manufacturers from Japan. The company is best known for introducing its Eco-drive technology, which allows watches to run infinitely without batteries thanks to solar power. Its famous line includes the Satellite Wave collection that allows the wearer to sync the watch with foreign time in less than five seconds through the 40-zone World Time function.

The brand largely focuses on mechanical watchmaking. However, it does make a few quartz and solar watches every year. When it comes to design, Orient takes a traditional approach and keeps things simple and clean. Its famous luxury offerings include the Orient Contemporary, Orient Classic, and Orient Sports. Interestingly, the movements of Orient watches are made by Seiko. Their prices also tend to be excellent for budget-oriented customers who want to get a watch that looks luxurious.