Hong Kong Protests: The Strong Are Not Violent 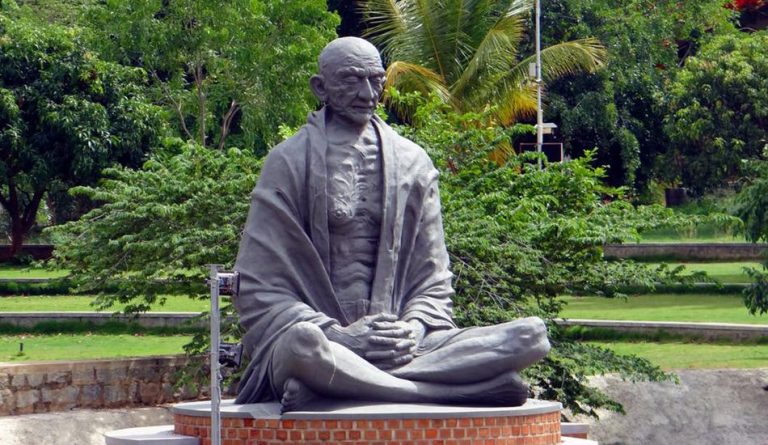 After Hongkongers turned violent during a mass protest against the government’s extradition bill, some citizens are asking that the demonstrators stick to non-violent means to achieve their aim. A separate pro-autonomy group had bashed into the Legislative Council building in a demonstration conducted in early July. Protests following the incident have largely remained peaceful.

Hongkongers can take inspiration from Gandhi’s non-violent protests during India’s freedom struggle against British colonization. During the freedom struggle, Gandhi had the option to employ violence against the oppressors. However, he chose to use non-violence since he believed that it was far more potent and effective.

“[For Gandhi,] nonviolent protest required something more than the peaceful mobilization of large numbers of people. Its aim was not just to pressure the state, but to move political opponents to rethink their positions and commitments. And to do that, Gandhi believed that protestors had to display and demonstrate disciplined fearlessness and a willingness to sacrifice. It was this kind of commitment that would work to persuade a political opponent by “opening his ears, which are otherwise shut, to the voice of reason,” according to Zocalo.

People protesting in Hong Kong should show fearlessness against CCP-controlled Beijing. Instead of bashing into government buildings, they must show restraint. If the police crack down on them, it’s much easier to fight back. And that’s what the police want. In the case where protestors turn violent, they can employ full use of force and the law to overcome them. But oppressors often have no easy way to counter peaceful demonstrations.

The protestors must show the CCP puppets in the HK government, Beijing, and the entire world that no amount of violence can break their will. And that they will not give in until Hong Kong remains a free, democratic region. Public support for the protests remains strong despite the sporadic incidents of violence. Demonstrators have a better chance of retaining their support by avoiding violent actions.

“Some people are getting more sympathetic to the protesters because they see that the government is too stubborn and has not responded to the demands by the protesters despite rounds of protests, be they peaceful or violent… The general public may not support the mob that stormed the legislature, but that does not mean they would support the Carrie Lam Cheng Yuet-ngor government’s handling of the issue,” Dr. Cheung Chor-yung, a senior teaching fellow at the City University’s department of public policy, said to the South China Morning Post.

Hong Kong protestors must also remember that every violent act they commit only goes to make Beijing happy. The CCP can use such incidents for propaganda, highlighting how HK is being manipulated by “foreign powers.” In fact, China did exactly that after the Legislative Council building came under attack.

“Ideologues in Western governments never cease in their efforts to engineer unrest against governments that are not to their liking, even though their actions have caused misery and chaos in country after country in Latin America, Africa, the Middle East, and Asia… Now they are trying the same trick in China,” the state-owned China Daily said in a write-up (Reuters).

China has pointed a finger at Britain for the problems in Hong Kong since the UK’s Foreign Affairs minister Jeremy Hunt warned Beijing of consequences if it breaks the 50-year agreement it made with the United Kingdom that guarantees democracy and free speech in Hong Kong. Lawmakers in the U.S. have warned of pulling back the special status assigned to Hong Kong by the U.S. if China continues to strengthen its hold over the region.