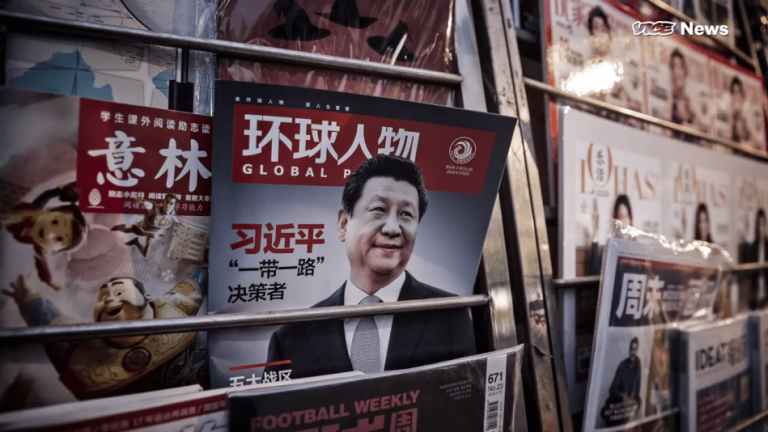 Chinese President Xi Jinping recently warned party members not to use the fight against corruption as an excuse to laze around and do nothing. (Image: Screenshot / YouTube)

Chinese President Xi Jinping recently warned Party members not to use the fight against corruption as an excuse to laze around and do nothing. He was speaking at a meeting of senior Party leaders.

“You absolutely cannot view anti-corruption as an excuse to not accept responsibility or to do nothing… Be brave to handle heavy burdens, crack hard nuts and handle hot potatoes… Don’t be muddle-headed officials who are politically apathetic and do things half-heartedly; don’t be lazy officials who spend the whole day eating and idle their time away,” he said in a statement (Reuters).

Xi reminded the members to correctly manage the relationship between being clean and responsible. He promised to target corrupt “flies” and “tigers,” referring to ordinary bureaucrats and elite members of the government. The recent meeting is one of the many underway in the country as it prepares for the 70th anniversary of the founding of the People’s Republic of China on October 1.

After declaring war on corruption in 2012, the Xi administration has been heavily cracking down on graft. Over a million officials have been punished on charges of corruption according to estimates. However, the crackdown has also created fear among many members. Municipal leaders are apparently avoiding making risky decisions so as not to be on the radar of the country’s National Supervisory Commission that handles the anti-corruption campaign.

Despite the Xi administration’s posturing that it is winning the fight against corruption, studies conducted by third parties say otherwise. According to anti-corruption NGO Transparency International, the country pretty much remains as corrupt as ever. In 2012, China scored 39 out of 100 in the NGO’s ranking. Seven years later, the country still scored 39, indicating that Xi’s war against corruption has made little impact in China.

Incidences of corruption are plaguing China’s Belt and Road Initiative (BRI) projects as well. The initiative’s most active company, China Communications Construction Co. (CCCC), was debarred in 2009 by the World Bank for a period of eight years for bidding fraudulently on a Philippine highway contract. Several of the 80-plus countries that the BRI plans to connect have problems with high rates of corruption. Daniel Russel, the vice-president of the Asia Society Policy Institute, wants China to increase transparency of the BRI project so that it is not hampered by corruption.

“It is in China’s interest to persuade the host countries to provide more transparency, you can’t force them but you can persuade them. For one thing, transparency is the enemy of corruption and corruption is the enemy of successful and financially sustainable projects… What I found is that some of the large problems in [Belt and Road Initiative] projects are partly caused by a rush to get a deal agreed,” he said in a statement (South China Morning Post).

However, it is doubtful as to whether Beijing will push for more transparency regarding the BRI since asking other countries to be transparent in their dealings will require the Chinese government themselves to be completely open about the nature of their contracts. In Sri Lanka, money reserved for infrastructure projects was rumored to have been used to fund ex-Prime Minister Mahinda Rajapaksa’s reelection campaign. This is a good example of why Beijing won’t be stressing too much on transparency in their BRI projects.