Beyond Sci-Fi: Helium-3 – Energy From the Moon 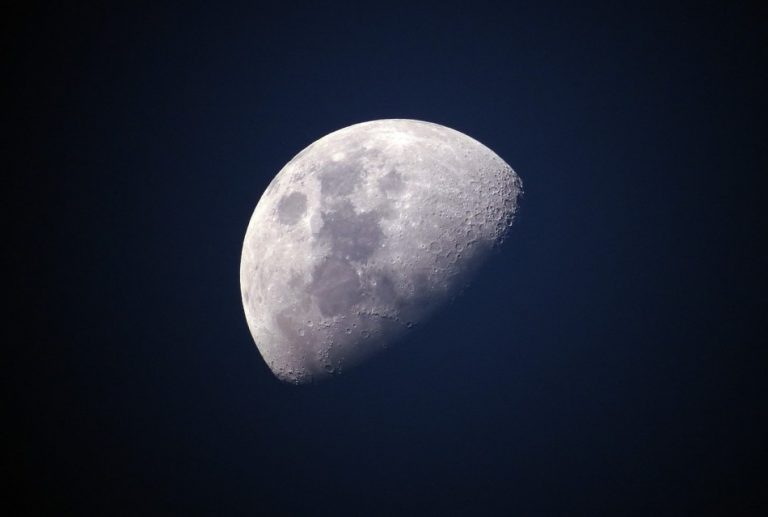 The Moon has abundant reserves of helium-3. (Image: via pixabay)

To keep our society running, we need fuel. But the fossil fuels that we are dependent on not only pollute the atmosphere, but are also rapidly declining. Helium-3, a non-radioactive isotope of helium, offers a non-polluting energy source. Even though it is only available in rare quantities on Earth, helium-3 is plentiful on the Moon. As such, experts foresee a global scramble to colonize the Moon and mine helium-3 over the next few decades.

According to estimates, there are a million tons of helium-3 on the Moon. Scientists believe that mining helium-3 could power the Earth for almost 10,000 years. According to a scientific paper, just 25 tons of helium-3 would be sufficient to power the entire U.S. for a year. Also, it can easily fit inside a space shuttle cargo bay. The economic opportunity alone makes helium-3 mining a potentially profitable venture. As a bonus, nuclear fusion reactors using helium-3 produce virtually no radioactive waste like the present uranium-based ones do.

However, there is a problem — our technology has not matured enough to a level where we can fully utilize helium-3 for energy. We might still be a few decades away from the science required to harness helium-3. Add in the additional years needed to construct power plants, the world may not see helium-3 nuclear reactors in the next 50 or 100 years. But this is not stopping space agencies across the world from mining on the Moon.

The European Space Agency has announced plans to send a mission to the Moon to study the possibilities of extracting helium-3. Space agencies of India and China have also announced mining plans. In fact, one of the primary objectives of India’s upcoming “Chandrayaan-2” Moon mission is to locate helium-3 rich regions. Even if the technology to use helium-3 is decades away, these space agencies recognize that making the initial find and staking a claim on the Moon’s resources is critical. The nations that control helium-3 supply will inevitably be in powerful positions.

In the meantime, helium-3 can be used for other purposes. “A major one is its ability to detect neutrons coming from plutonium that could be used in terrorist attacks… A small amount of helium-3 is contained within a forensic instrument. When a neutron hits an atom of helium-3, the reaction produces tritium, a proton, and an electrical charge, alerting investigators to the possibility that plutonium is nearby,” according to Leaps Mag. Helium-3 can also be used to improve MRI imaging of organs like the lungs.

While helium-3 does look like an excellent energy resource, it faces a major obstacle — corporate pressures. The current energy infrastructure of the planet is built on the use of oil and gas. Businesses that own major stake in these industries repeatedly put pressure through various channels to thwart any attempts at tapping into another energy source.

“I saw a documentary about the Moon and helium-3 and I kept asking myself WHY are we not going up and getting it? As I researched lunar mining and articles about helium-3 fusion for the novel, I learned there is a consensus in the scientific community that helium-3 is a viable alternative. Then, the huge oil reservoir in the Midwest — the Bakken Formation — was discovered. Fracking became a major enterprise, and I realized this was one of the reasons why we weren’t going after helium-3,” author Chris Orcutt said in a statement (Inhabitat)

The good news is that the growth of private space companies is attracting interest in extracting helium-3 from the Moon. Jeff Bezos, the billionaire founder of Amazon, has already expressed interest in mining the Moon. As more private funds flow into space exploration, the pressure from oil and gas lobbies should subside over time.