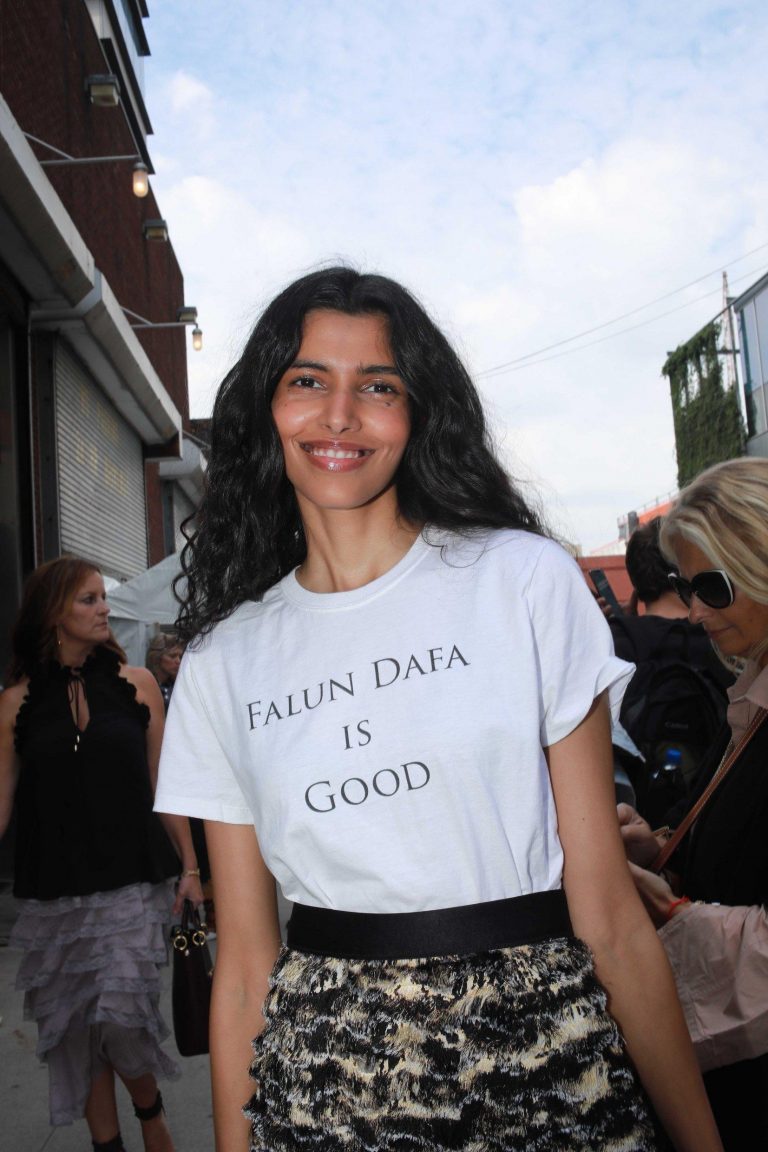 Pooja Mor is a high fashion Indian model working in New York who balances daily life between numerous advertising gigs and spending a good Bollywood night with friends. What keeps her balanced is her practice of the Buddha School system known as Falun Dafa (also called Falun Gong), which she credits to have brought peace into her life.

Pooja Mor started her experimentation with Falun Dafa a few years back and immediately fell in love with it. “I always keep some time for myself [in the morning], doing Dafa exercises (meditation) and then Pilates. That time is my time that connects me to myself — to look within. Being born Indian I always did meditation — yoga and meditation, you just do since you’re a kid. My family is so spiritual. That makes me look at life differently,” she said to The Epoch Times.

The Chinese spiritual practice has made such a huge impact in her life that Pooja Mor believes it has made her a better person. Earlier, she used to find faults in others when the situation was tough. But now, Falun Dafa gives her the courage to look within herself, accept shortcomings, learn from them, and move on.

She often spends quiet time reflecting on negative aspects of her behavior, seeking ways to limit their effects on her life. Mor thinks that people today are so stressed out about what is going to happen in the future that they end up leading depressed lives. She advises them to just let go of such burdens and follow their path truthfully in order to make life more enjoyable.

Mor is well aware that the practice is under constant persecution in China. She was an active participant at a recent demonstration in New York where hundreds of Falun Dafa practitioners commemorated the 20th anniversary of the day their Chinese brethren had asked the communist government for their right to practice their faith outside Zhongnanhai, China. Instead, the Chinese practitioners were hunted down and forced to give up their beliefs. Some were abused and sentenced to labor camps. Others were killed.

“It [Falun Dafa] has brought so much peace and love to my life, it’s unfortunate to learn that so many innocent lives are been taken in China since 1999 just because they meditate and improve their character they are being imprisoned, tortured, killed, and their organs are being sold for profit by government,” she had said on Instagram a few years back.

Though Falun Gong is not much known in India, it is gaining a healthy number of adherents. In the northern mountain states of the country where a sizeable number of Tibetan exiles live, Falun Dafa has found acceptance in the community schools. This largely has to do with Tibetans and Falun Dafa practitioners belonging to the Buddha School of thought and being persecuted by the Chinese regime.

An expert on Falun Dafa who visited Tibetan schools in the region discovered that the schools had a great interest in learning about the practice. “This is to express my deepest gratitude and heartfelt thanks to you for sharing the five exercises of the Falun Gong practice with the staff and the students of our school,” the principal of a school said in a letter (Minghui).

Outside of the Tibetan community, the practice of Falun Dafa is being spread by hundreds of dedicated practitioners. People practice it together with friends and family and find that these ancient spiritual traditions work well to give their lives meaning and peace.