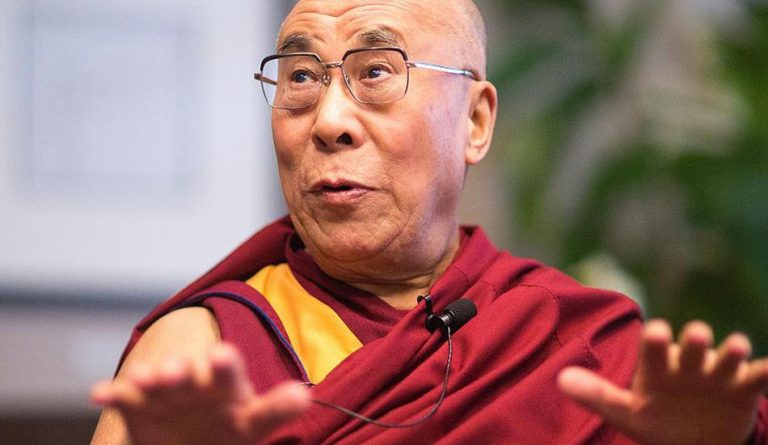 A file image of the Dalai Lama. (Image: Christopher Michel via wikimedia)

The Dalai Lama has often made Beijing uneasy. The spiritual leader, now living in exile in India, is a symbol of resistance and hope that the Chinese Communist Party (CCP), as past efforts show, wishes to do away with. Recently, the Chinese army infiltrated across the Indian border in Eastern Ladakh, in what critics believe was an attempt to intimidate the locals who were celebrating the Dalai Lama’s 84th birthday.

The intrusion took place on July 6. According to locals, the Chinese came in civilian clothes and asked them to stop celebrating the spiritual leader’s birthday because it was “instigating” them. During the celebration, it is customary for the communities to unfurl the Indian, Buddhist, and Tibetan flags. The head of Koyul Village, Urgain Chodon, wrote about the incident on social media and also posted photos of Chinese people, dressed in civilian clothes, standing next to their vehicles and flag.

“They planted the Chinese flag and said not to put the Tibetan flag. They said that it was instigating them. We have been placing the Tibetan flag and the Buddhist flag for several years while celebrating the Dalai Lama’s birthday. Such an act has not happened before in that region. It has happened for the first time… They came up to 6-7 km in India again on July 7 to check what was happening,” she said to Economic Times.

However, the Indian Army denies the reports. According to the government, the Chinese did try to intimidate locals. But they did so by remaining on the other side of the Indus River and did not cross the Line of Actual Control (LAC) over to the Indian side. The Army is also not sure whether they were military personnel or Chinese citizens. “There were some attempts to intimidate the civilians celebrating the Dalai’s Lama’s birthday there, with aggressive gestures and banners that said “Ban all activities to split Tibet.” But the PLA troops remained on their side of the LAC,” a senior Indian Army officer said to the Times of India.

The next Dalai Lama

The issue of the next Dalai Lama is also shaping up to be a source of tension between India and China. The current Dalai Lama had earlier said that the next leader might be born in India. This has rattled Beijing, which wants the next Dalai Lama to be of Chinese origin. If a new leader was appointed from India, then he would remain outside CCP influence. Beijing clearly does not want this to happen, since having the Dalai Lama on their side will make it easier to control Tibet. The current leader has also spoken about personally selecting the next Dalai Lama.

The Indian government has supported the Dalai Lama and Tibetan Buddhists extensively, granting them a home where they could carry on with their traditions. However, the administration has been pretty clear that their support only extends to Tibetan Buddhists who live in exile in India and not to the idea of an Independent Tibet. India has been supportive of the “One China” policy that proclaims Tibet as part of the Chinese mainland.