Tech Intrusion: Digital Advertising and How It Affects Our Daily Reality 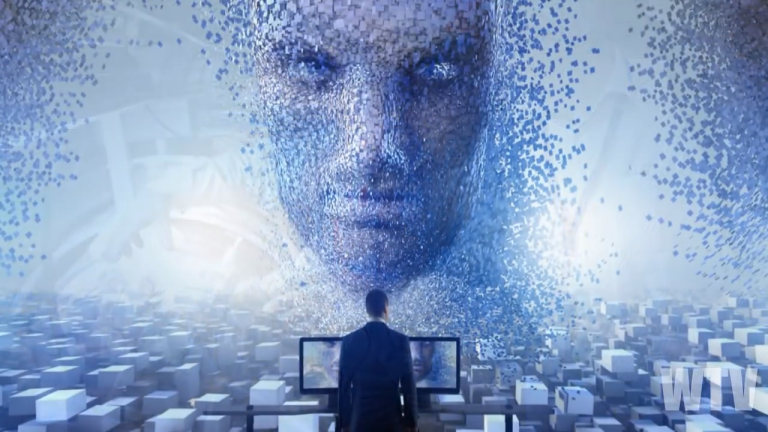 Many companies are leveraging AI to find solutions for coronavirus. (Image: Screenshot via YouTube)

The age of digital advertising has come and will flourish even more, but at the expense of people’s privacy and democracy in the digital world.

The threat of digital advertising

Digital advertising has come a long way: Just decades ago, it was no more than a banner that people saw on their oft-visited websites. But as technology opened doors to easy access to the Internet anytime, anywhere, digital advertising became a powerful vehicle for big companies like Google and Facebook. In fact, according to eMarketer, in the United States, it is estimated that US$129 billion will be spent on digital advertising this year, 60 percent of which is monopolized jointly by Facebook and Google.

It sounds good for tech giants thriving on advertisements for revenues, but for netizens, digital advertising is a big threat to privacy and security. In recent memory, the CEO of Facebook, Mark Zuckerburg, faced a scandal regarding Facebook selling the personal information of users. While everyone was focused on the social media platform, people are oblivious to Google acquiring more of their precious personal information. From Youtube search history to your exact location, Google is surely the biggest elephant in the room.

Today, digital advertising is automated. Data from users are taken and analyzed by data scientists, mathematicians, and programmers to formulate the best ads that could potentially capture user interest. The analysis happens behind closed doors, quickly optimizing advertising campaigns to personalize advertisements based on the user.

Take the case of a mobile company looking for the best demographics to sell their products. Data scientists will do the research and find that kids aged 13 or so are the optimal target, and since they don’t have the means to buy their own mobile gadgets, data scientists will model a framework that will appeal to parents to buy their children the company’s gadgets. Google and Facebook will then do the work to find prospects for the company through data harvesting.

Google and Facebook, when it comes to data-privacy issues, are always the ones in the front pages. However, there are other companies, often called data brokers, who move under the radar, away from the spotlight. With just a drop of a cookie, a small text file installed on one’s device, or other tracking tools, they can easily search for data trails left behind by a user. From the websites visited and items bought online to the entire search history, data brokers can easily recreate the digital DNA of a user — where the person lives, hobbies, interests, things he or she might consider buying, and so on. This pieced-together information is called audience segments. Advertising companies then purchase audience segments from data brokers and show personalized ads to targets. The scary part is — data brokers can acquire one’s data without permission.

Money-making is not the only purpose for which digital advertising is deployed. A recent study shows that digital advertising infrastructures can also be wielded as political tools and forms of anti-democratic strategic influence. These infrastructures for data gathering schemes are called the digital influence machine (DIM) — a coalition of various technologies utilized to further the power and efficiency of advertising, both political and commercial, in its capacity to employ surveillance, testing, targeting, and decision-making. With this weaponization, political actors can close the gap between them and possible targets of their message, while still being virtually invisible to individuals who could react negatively to their message. The goal is often not to change one’s belief, but rather to poke at a user’s resentments, elevate emotions, disrupt trust among coalition partners, and influence political behaviors (like voting and going to a rally) subtly.