The No. 1 Threat for US Military: Communist China 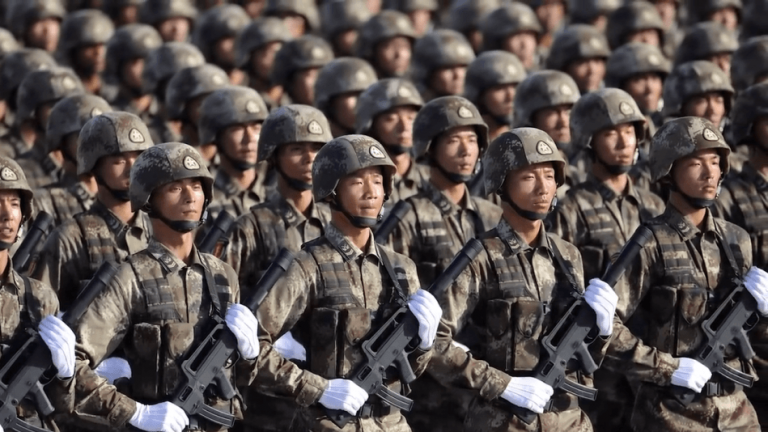 General Mark Milley, the U.S. Army Chief of Staff, pointed to communist China’s threat as America’s primary military challenge for the century. He was speaking at the Senate Armed Service Committee and is said to be next-in-line as the president’s principal military advisor.

“China went to school on us… They watched us very closely in the First Gulf War, the Second Gulf War. They watched our capabilities. And in many many ways, they have mimicked those, and they have adopted many of the doctrines and organizations… They’re outspending us in research and development and procurement … We, the United States, need to make sure that we do not lose our advantages that we have relative to other countries, specifically relative to China,” he said in a statement (CNN).

Milley warned that Beijing is improving on all five fronts of defense — land, air, maritime, space, and cyber. However, the general was quick to point out that communist China was not our enemy yet, but a strong competitor. He stressed that the U.S. wants peace and does not want to go to war with the Asian country. As to the question of how he plans on handling the pressure of delivering his opinions honestly to the president, Milley reminded the Senate members that it was his job to do so.

“To be willing to say ‘Mr President, you’re wrong about this’… if it’s something that she or he doesn’t want to hear is just, there is no more important responsibility in your career… Arlington [location of the national cemetery] is full of our comrades, and we understand absolutely full well the hazards of our chosen profession… We know what this is about, and we will not be intimidated into making stupid decisions… We will give our best military advice and not keep the consequences to ourselves,” he said in a statement (Independent).

Milley became the chief of staff of the Army in 2015 and has helped with the military’s pullback from campaigns in Afghanistan and Iraq. However, he is of the opinion that moving out troops in significant numbers from Afghanistan too soon would be a strategic mistake. Milley was personally recommended by Trump last December to be his next military advisor.

The growing military tension between the U.S. and communist China was evident after America approved weapons sales to Taiwan. Beijing immediately announced US$2.2 billion worth of trade sanctions on the United States.

“The U.S. arms sale to Taiwan has severely violated the basic norms of international law and international relations… In order to safeguard national interests, China will impose sanctions on U.S. enterprises participating in this sale of weapons to Taiwan,” Geng Shuang, Chinese foreign ministry spokesman, said in a statement (Al Jazeera).

Taiwan’s defense ministry announced that it would continue to strengthen its military to ward off any potential attack from China, which is seeking to annex the island nation. Washington’s military support to Taipei has been a source of irritation for Beijing, which has already admitted that it might use force if necessary to “unify” Taiwan with the mainland. China also conducted a military drill along the southeast coast, sending a signal that the arms deal between the U.S. and Taiwan has to be canceled.