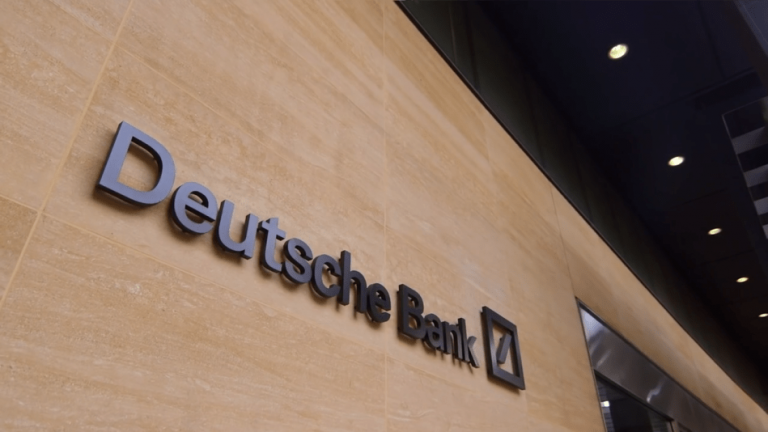 Germany’s largest banking institution, Deutsche Bank, has announced that it will lay off close to 18,000 employees worldwide over the next few years. (Image: Screenshot / YouTube)

Germany’s largest banking institution, Deutsche Bank, has announced that it will lay off close to 18,000 employees worldwide over the next few years. By doing so, the bank calculates that it can eventually reduce adjusted costs by 25 percent to US$19 billion.

At present, Deutsche Bank has about 91,500 employees across the world. By 2022, it plans on reducing the number to 74,000. A day after the bank declared its intentions, the first wave of layoffs took place in company offices worldwide. At Deutsche Bank’s New York, London, and Tokyo offices, scenes of employees leaving the building with belongings in hand reminded many of the 2008 financial crisis and subsequent layoffs. Though the exact termination agreements are not known, some of the higher level employees are expected to receive financial compensation.

“With the loss of so many jobs, it is likely that the affected employees are going to be subject to collective and individual consultation in the coming days… City institutions, such as Deutsche Bank, have tended to handle redundancies and restructuring by offering financial settlement packages under the auspices of a settlement agreement… These agreements are usually put in place for senior executives to prevent the cost and reputational damages of potential claims at tribunal, such as unfair dismissal arising out of the redundancy exercise,” Julian Cox, head of employment at law firm iLaw, said to the Independent.

In the second quarter of 2019, the bank is expected to report a net loss of US$3.14 billion. The company’s shares fell by 6.5 percent a day after it announced the layoff plans. Most people terminated by Deutsche Bank used to work in the equities division, which is suffering from higher costs due to new European regulations. The total restructuring plan is estimated to cost US$8.3 billion.

Deutsche Bank’s decision has triggered deep concerns in London. With Brexit fast approaching, many feel that the city’s status as the financial capital of the world is at stake. London witnessed a 50 percent decrease in financial jobs in the past year. Businesses in the industry have shifted close to US$1 trillion worth of assets out of the United Kingdom, resulting in a loss of 7,000 jobs in the sector. Deutsche Bank’s London office is home to 8,000 employees and a large headcount reduction is expected.

The layoffs will limit Deutsche Bank’s role in the Asia-Pacific region. The company’s decision to cut back its Equity Capital Markets (ECM) business has many experts wondering how it can still compete with other financial institutions. According to sources, ECM only made up about 3 percent of Deutsche Bank’s total investment banking revenue in 2018. As such, a cutback may not hit the company’s bottom line in a significant manner.

Most of the ECM teams in Japan, Australia, and the rest of Asia have been disbanded. “The very small ECM team that we will have globally after this will mean that we won’t get senior roles in any of the IPOs… So if a company in London or a unicorn in China is looking to do an IPO, they would not look at Deutsche as a lead, nor will we pitch for that role,” a senior Deutsche Bank investment banker from Asia said to Reuters.

In India, the bank is said to be in the middle of completely unwinding the operations of its domestic trading arm, Deutsche Equities India (DEIPL). All employees of the Indian branch might lose their jobs. The company has apparently stopped accepting new orders in the equity segment.