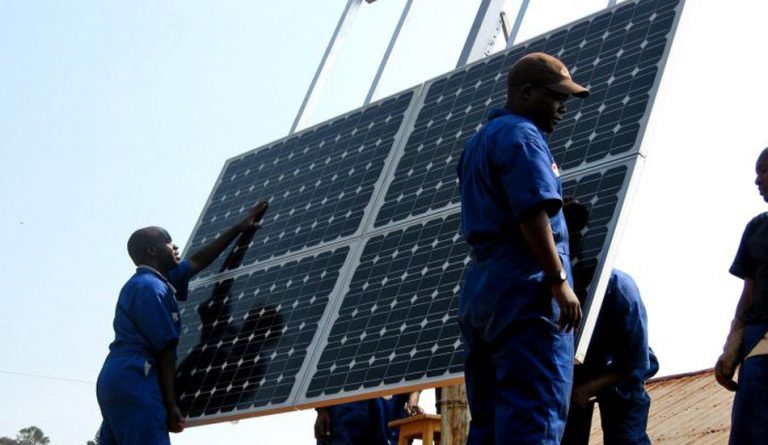 When President Xi Jinping unveiled ‘The Great Chinese Dream’ a couple of years ago, promising citizens that he would bring about a resurgence in Chinese global dominance, Africa was one of the main regions he wanted to bring under the country’s sphere of influence. (Image: via Pixnio)

For Beijing, Africa represents a treasure trove of resources and a virgin market for its businesses. China’s investments in the continent have been criticized for being debt traps. Incidences of suppressing journalists and racism have also been reported. As such, the Chinese government has strengthened its hold over African media using newspapers, journals, TV stations, and online media to spin a narrative of how “beneficial” they are for Africans while suppressing negative coverage.

In 2018, the Chinese government launched a global media initiative coordinated by the Communist Party, covering media agencies like Xinhua, Voice of China, CGTN, and so on. One of the important regions where the initiative would focus on is Africa, where China has invested billions of dollars. CGTN has spread its operations in multiple African cities like Cairo, Johannesburg, and Lagos. Its Nairobi headquarters is especially important for the Chinese Communist Party (CCP).

“Nairobi’s geopolitical strategic location — its nearness to the Horn of Africa, the Great Lakes region, the Indian Ocean littoral and maritime connection, its physical infrastructure and communications advancement, and the fact that it’s the diplomatic corps’ hub in the region easily persuaded the Central Committee of the Communist Party to make Nairobi the center of its media operations outside of Beijing… It is also the best place to scoop the Western media’s presence in this region and indeed in the whole of Africa,” a senior CGTN producer based in Nairobi said to The Elephant.

Every year, more than 1,000 African journalists attend camps sponsored by the Chinese state that aims to train them to “tell China’s story.” With its investments in African media, Beijing has made discussions on the growing African indebtedness to the Chinese, human rights issues, and criticism of the Chinese state taboo subjects. Last September, a journalist from South Africa’s second-biggest media outlet, Independent Media, reported the atrocities committed on Uyghurs by the Chinese government. He was immediately fired, as a Chinese investor held a 20 percent stake in the company.

This is not an isolated incident. All across Africa, criticism of CCP policies is being crushed down. “In Zambia, heavily dependent on Chinese loans, a prominent Kenyan scholar was prevented from entering the country to deliver a speech critical of China. In Namibia, a Chinese diplomat publicly advised the country’s president to use pro-China wording in a coming speech. And a scholar at a South African university was told that he would not receive a visa to enter China until his classroom lectures contain more praise for Beijing,” according to The Globe And Mail.

China’s growing control over African media presents a big problem for the U.S. The pro-China message is simple — American democracy and concepts of human rights are bad and that China’s authoritarian model is the only way for Africa to progress into a developed nation. They also frequently criticize the international system which is projected as being skewed to benefit the United States while being bad for Africans. By portraying the U.S. as a danger, China wants Africans to accept them as the protector, thereby gaining business and military dominance in the continent.

“Chinese propaganda contributes to Chinese power that limits U.S. ability to promote its interests in Africa, an increasingly strategic continent. Many American companies struggle, for instance, to compete with Chinese-government-backed companies that use corruption and other anticompetitive measures to win contracts. There is the risk that U.S. companies will be shut out the long term from some of Africa’s growing economic opportunities as Chinese companies lock up entire industries,” according to The Heritage Foundation.

The U.S. has to widen influence in Africa and increase its funding of media outlets to make people realize that China’s communist system is going to bring them nothing but despair. Last year, the Trump administration announced the new Africa Strategy, aimed at building better ties between American and African nations while countering Chinese communist influence.