Fitness Trackers Can Have Long-Term Benefits 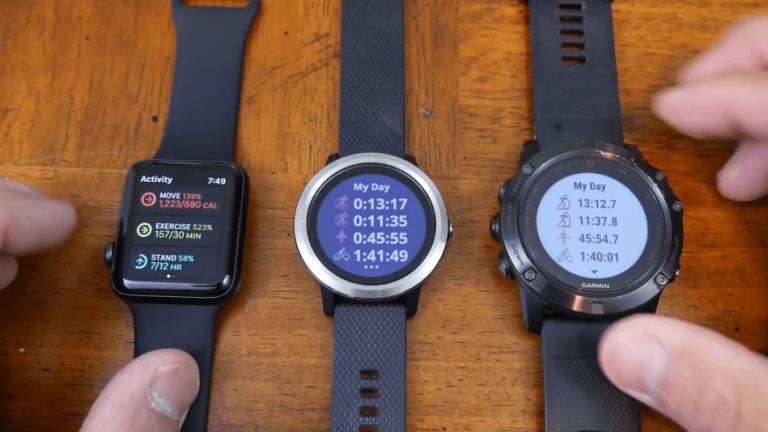 A new study suggests that self-monitoring and setting personal goals using a fitness tracker in the short term can bring huge changes to one’s health and overall lifestyle. (Image: Screenshot via YouTube)

Fitness trackers have been quite the rage over the past few years. A study published in PLOS Medicine suggests that self-monitoring and setting personal goals using a fitness tracker in the short term can bring huge changes to one’s health and overall lifestyle.

Over 1,000 participants were part of the study. The subjects were between the ages of 45 and 75, with most of them engaging in 90 minutes of moderate to vigorous exercise every week. The majority of them were overweight. The researchers gave half the participants pedometers so that they could track their exercise over a 12 week period. The other half was left to do as they pleased. Four years later, the researchers checked in with the participants, analyzing their exercise patterns and health conditions.

They discovered that the use of pedometers for just 12 weeks had a long-term impact on the subjects. The participants not only maintained their exercise habits long term, but they actually increased the duration by 30 minutes. In contrast, the group that did not use pedometers saw a decline in physical activity. The pedometer group was also found to be 44 percent less likely to suffer bone fractures, while also having their risk of suffering from a stroke or heart attack reduced by 66 percent. Thus, the increase in physical activity provided significant health gains.

However, researchers warned that solely following an exercise routine blindly may not offer the expected physical benefits. “It is not just the number of steps — it is the intensity that is important for health benefits. Walking at about 1,000 steps per 10 minutes or adding in 3,000 [steps] in 30 minutes on most days per week ensures for most people that they are walking at moderate intensity. It is enough to get their heart rate up, get a bit warm and breathless… This is more important than a random 10,000 step count,” according to Tess Harris, M.D., professor of primary care research as St. George’s University of London (Runners World).

According to the CDC, almost one in three Americans, which comes to 84 million people, have prediabetes. Nine in 10 do not even know that they have the condition. Over 30 million are confirmed diabetics. The disease is the seventh biggest cause of death in the country. With fitness trackers, people will be able to compare their physical activity to blood sugar levels, thereby understanding the adjustments they need to make in life to manage the disease. Leading fitness tracker companies are also working on developing a non-invasive glucose monitoring system to integrate into their devices.

A 2017 report by the Henry J. Kaiser Family Foundation stated that healthcare premiums for employees were increasing, putting an additional burden on businesses. It recommended coupling fitness trackers and health programs in order to offset these costs. In fact, several companies are seeing incredible cost savings by ensuring their employees remain healthy.

“Encouraging employees to do a little more physical activity around the clock also prevents injuries in the workplace… We have a client that demonstrated that time and again. They went on to save [US]$2.5 million on premiums over five years,” Eric Lalonde, VP of sales and marketing for Sprout, a company that manages an engagement platform for corporate wellness that allows employers to integrate with activity-tracking devices, said in a statement (CPA Canada).

A U.S. study found that employees who participated in company health programs saved US$353 per year for the business and contributed an average of 10.3 hours in additional productivity. According to a PwC report, over 75 million wearable devices will permeate American offices by 2020, most of them having functionalities to track fitness.