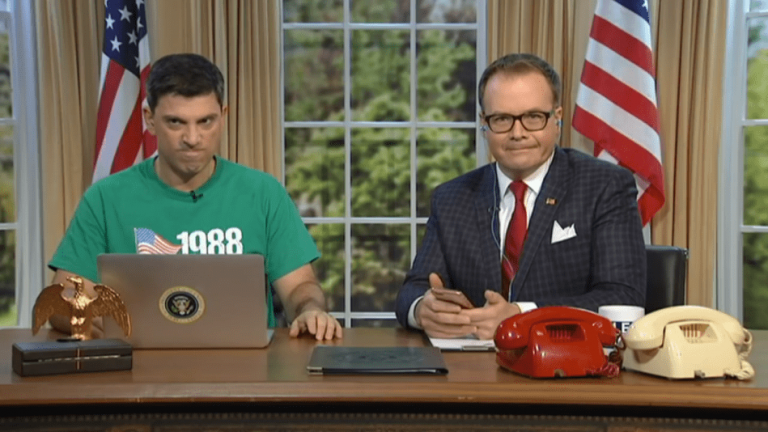 In May, a couple of Millennial Facebook users created a group where members of their generation could pose as baby boomers and post content that pokes fun at them. The group now has over 200,000 members and is making quite a noise on social media, with some accusing it of being condescending to the earlier generation.

The group attracted Millennials in droves as members of the generation got a safe space where they could make fun of a generation that characterized them as reckless, fickle, lazy, selfish, entitled, and so on. In the group, members post content that makes fun of boomers’ tendency to make grammar mistakes, their inability to understand technology, social behaviors and ideologies that are “outdated,” etc. “I think this is a good chance to kind of mock and satirize some of the sociocultural constructs that cause [Millennials] to be in this position in the first place, me included… Most of the people are just doing it as role play… They’re trying to de-stress,” Robert Snider, a founder of the group, said to the New York Post.

However, not everyone is happy with what the group is doing. Many boomers feel that they are being unnecessarily caricatured and stereotyped. A few of them have conveyed their displeasure by commenting on the group’s posts, saying that the content makes them sick. Some believe that the need to make fun of boomers might come from envy. The boomers lived in a time of stable employment and affordable college education. But the Millennials don’t fare as well with tuition costs skyrocketing to unaffordable levels and economic uncertainties plaguing the job market. The fact that they grew up in a less comfortable environment and yet get characterized as being selfish seems to have driven many Millennials to poke fun at boomers.

“I think that recognizing that, even when we are poking fun at another group in relatively good taste, it still perpetuates stereotypes… So much research trying to show the differences between generations has actually resulted in showing that we’re so much more similar than we think. If we would just realize we all want the same things in life and in society, I think we could start to communicate better,” Dr. Kelly Weeks, who has researched generational characteristics at Rhodes College, said to The Guardian.

According to a study conducted by JP Morgan, rich Millennials spend more money on experiences like entertainment, travel, dinner, etc., compared to baby boomers who prefer to blow their cash on things. “They [Millennials] will vacation in Ibiza with their buddies or fly to New York City for the weekend. They see the richness in the storytelling of having an experience, rather than buying one expensive item,” Andrew Moultrie, who works at a lifestyle brand that targets rich Millennials, said in a statement (Business Insider).

The attitude toward money is also different among the two generations. A report by Boston Private shows that while 26 percent of baby boomers defined wealth as power, a massive 46 percent of Millennials do not hold this view. While the older generation looked at wealth from the perspective of security, the younger ones associated wealth with fulfillment at work and life. Millennials tend to flaunt their money on social media. In contrast, boomers generally keep details of their wealth private. Millennials are also more likely to spend money on luxury goods, largely due to the popularity of online shopping.