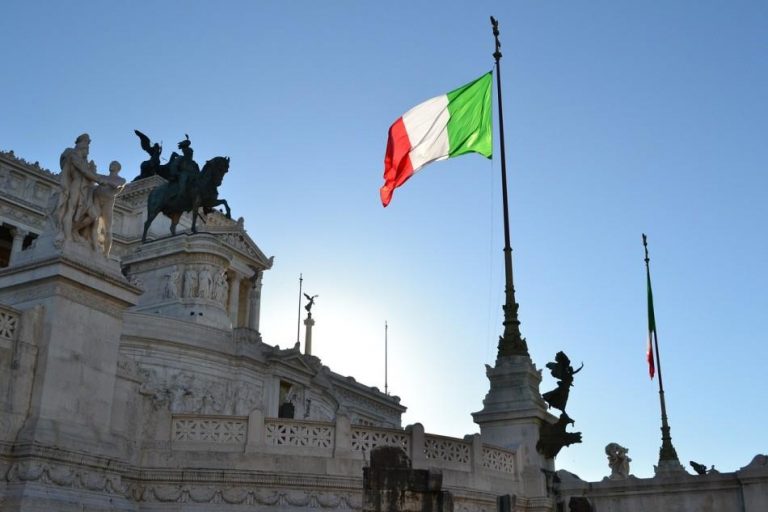 Italy's high national debt has several experts worried about the future of the EU. (Image: via pixabay)

While the U.S.-China trade war and Brexit have been hogging international headlines, a quiet storm is brewing in Italy that threatens to disrupt the European economy. The country’s debt is currently sitting at 132 percent of its GDP, worrying several experts that it might trigger another financial crisis in the EU similar or even worse than what the region went through with the Greek situation.

Italy has the third biggest national debt in the entire world. To make matters worse, the government has indicated that it will reduce taxes and raise public spending, a move that would not sit well with the European Commission since they are already unhappy with the country because of its stratospheric debt level. Although the Commission has so far held back from imposing fines on Italy, it has asked the administration to reign in their spending habits, cut down on borrowing, and reduce annual deficits.

Ignazio Visco, the Governor of the Bank of Italy, is hopeful that his country will somehow overcome the looming crisis. “There is uncertainty now on how to deal with it. And the markets are making us pay for that… We are in a moment in which the European design certainly is not at its height… So there are tensions, there are strong tensions, and each country has its own tensions… It [Italy] is a country which has somehow proved that it can put its act together,” he said to BBC.

The major portion of Italy’s debt is held by banks located within the country itself. The only way to reduce accumulating debt is by raising taxes, which is something that will not sit well with the public. Wages have not kept up with inflation in recent years, making life difficult for common citizens. And the ruling government will not wish to face the wrath of the public.

Italy’s poor money management has been criticized all across the EU. Dutch Prime Minister Mark Rutte has a very grim view of Italy’s debt situation and is of the opinion that the EU must take strict actions to discipline the country. “I have seen nothing which would suggest they can escape this excessive deficit procedure… Italy really has to do more and the commission has to intervene… It pays off to put reforms and savings in place when you go through a crisis and Italy is not doing that,” he said in a statement (Express).

The Italian economy contracted by 0.2 percent in the October-December period last year. The government has reduced its GDP growth forecast for 2019 from 1 percent to just 0.2 percent. The Treasury has raised the budget deficit target for the year from 2.04 percent of GDP fixed last December to 2.4 percent. According to the European Commission, Italy’s debt will rise to 135 percent of GDP in 2020. The country’s business sector has been showing signs of weakening and there is no plan in place to stimulate growth.

If Italy were to crack under the burden of debt, as many experts predict, it will be bad news for the European Union. With Brexit on the horizon, European federalism is facing a huge challenge. With the debt crisis added to it, some of the countries currently in the EU might just decide that being independent and having a national currency rather than using the Euro would be in their best interests. Such a situation will not only rip through the interdependent economic systems that have developed in Europe post World War II, but could also create political and even military tensions between nations.