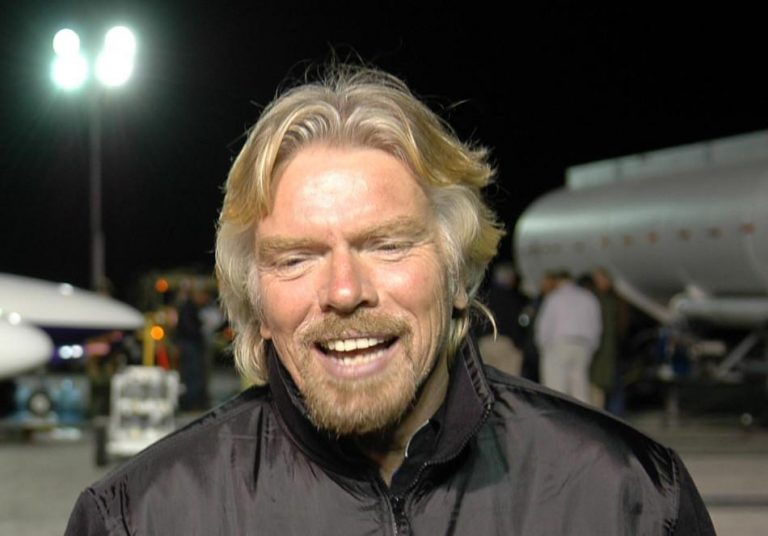 British Billionaire Richard Branson’s Virgin Galactic has announced that it will merge with Social Capital Hedosophia (SCH), a public investment firm, sometime later this year. The merger will create a new company called Virgin Galactic Holdings Inc., which could end up becoming the first publicly traded commercial space travel company in the world.

“By embarking on this new chapter, at this advanced point in Virgin Galactic’s development, we can open space to more investors and in doing so, open space to thousands of new astronauts. We are at the dawn of a new space age, with huge potential to improve and sustain life on Earth. I am delighted that SCH has decided to become such an important part of our amazing journey. They share our dreams and together we will make them reality,” Branson said in a statement (Virgin Atlantic).

Virgin Galactic faced a big setback to their space ambitions in 2014 when their spacecraft crashed during a test flight, killing the co-pilot. However, things have been going smoothly for the company lately. Last year, their VSS Unity spaceplane achieved suborbital space flight, officially entering outer space according to U.S. standards. This year, Virgin Galactic has already sent two pilots and a test passenger to space. The company predicts that it could start commercial service by next year. Virgin Galactic has apparently collected over US$80 million from about 600 space tourists. They have each paid up to US$250,000 for a 90-minute suborbital travel experience.

However, not everyone is convinced that Virgin Galactic is on schedule to meet the target. “They’re still building a product and a service… It can be more difficult to do that as a public company. Time will tell how they’re able to manage a human spaceflight program on a quarterly time horizon,” Chad Anderson, Chief Executive of Space Angels, an early-stage investment firm focused on the space industry, said to Los Angeles Times.

SCH will reportedly invest US$800 million and have a 49 percent stake in the business. Chamath Palihapitiya, the founder of SCH, will be investing US$100 million of his own personal funds into the venture and will be the Chairman of the new company. A merger with SCH will enable Virgin Galactic to avoid an IPO and help it keep operating until tour operations start. The company expects to rake in up to US$590 million in revenues by 2023.

Virgin Galactic is not the only company jockeying for dominance in the space tourism industry. Elon Musk’s SpaceX announced that it would commence commercial space flights starting in 2021. The company plans on offering their Dragon II module and Falcon 9 rocket for space tourists who wish to stay at the International Space Station. Musk has also said that SpaceX will be sending a tourist to the Moon by 2023 and will start transporting people to Mars later on.

Blue Origin, the company owned by Amazon founder Jeff Bezos, plans on using their New Glen reusable rocket to ferry people to space. The rocket has been contracted to deliver satellites from 2022. The company also aims to be the first commercial entity to land a module on the Moon, with a mission already planned for 2024. Back in 2001, American businessman Dennis Tito became the world’s first space tourist when he paid US$20 million to travel to the International Space Station using Russia’s Soyuz spacecraft. Researchers from UBS believe that the space tourism industry might be worth US$800 billion by 2030.