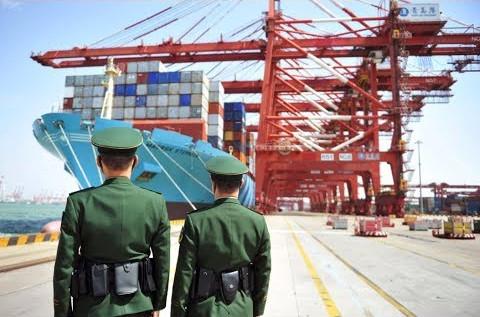 The United States is currently in a vulnerable spot when it comes to the possibility of China weaponizing rare earth minerals in the on-going trade war. (Image: Screenshot / YouTube)

The United States is currently in a vulnerable spot when it comes to the possibility of China weaponizing rare earth minerals in the on-going trade war. As a way to combat China’s move, Sen. Marco Rubio introduced a new bill to Congress.

Rare earth elements (REE), a group of 17 metals, are essential materials for various sectors in modern industry. They are used to produce gadgets, smartphones, and other advanced electronic devices. China dominates this market, as it accounts for 95 percent of global trade in rare earths. So when China implied that it would minimize rare earth exports to the U.S. to get an upper hand in trade talks, the administration needed to come up with an urgent solution.

Sen. Rubio said in a press release: “As the Chinese government and Communist Party aggressively subsidize and invest in their own economy at our expense, we must shift our policies to restore the competitiveness of critical American industries for the 21st century.” He continued: “Beijing’s mercantilist tactics have contributed to a market failure for the development of rare earth resources, both in the United States and around the world. Continued U.S. dependence on China for the mining and processing of rare earths and the manufacture of those metals into useful products is untenable — it threatens our national security, limits our economic productivity, and robs working-class Americans of future opportunities for dignified work.”

Why rare earths are so important

According to the U.S Geological Survey, rare-earth elements are important components for over 200 products, ranging from electronic devices to defense applications. Typically, they are components integrated in computer hard drives, cellular telephones, flat-screen monitors, televisions, and electric and hybrid vehicles. For defense purposes, REEs are important parts of guidance systems, lasers, electronic displays, and sonar and radar systems. Even in small portions, REEs are a necessity for a device’s functionality. Take the case of magnets made of REEs; the components may seem insignificant to the magnet’s total weight, but they are extremely significant for the spindle motors and voice coils of laptops as well as desktops.

Powerplay between China and the U.S.

This latest development in the U.S.-China trade war happened after President Donald Trump issued an executive order banning the Chinese telecom firm Huawei. In retaliation, China potentially seeks to monopolize rare earths to gain leverage against the U.S. With President Xi Jinping visiting rare earth facilities in China after the ban, it’s quite clear that this is Beijing’s retaliatory act against the United States.

State-run Chinese media also expressed its confidence over the worsening relationship between the two countries, stating that the United States should not underestimate China’s ability to bite back.

“Will rare earths become a counter weapon for China to hit back against the pressure the United States has put on for no reason at all? The answer is no mystery,” an excerpt quoted by Fox Business from a commentary published in People’s Daily. “We advise the U.S. side not to underestimate the Chinese side’s ability to safeguard its development rights and interests. Don’t say we didn’t warn you!”