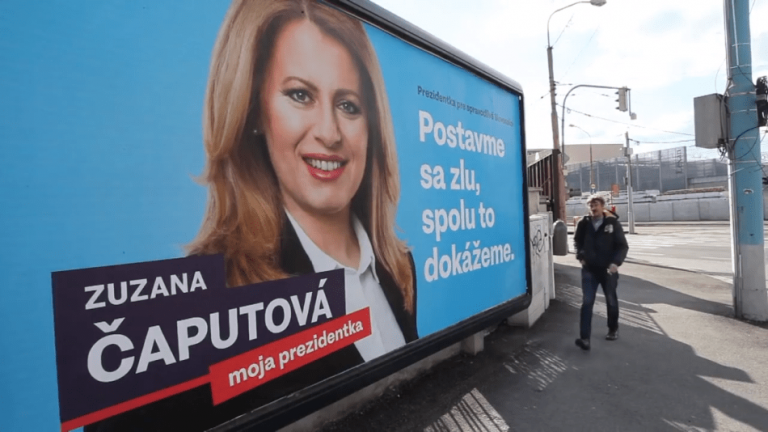 Zuzana Čaputová, the president of Slovakia, has recently criticized China for suppressing free speech and religious faiths in the country. (Image: Screenshot / YouTube)

Most Eastern European nations have been silent on the issue of China and its abundant human rights violations. However, the new Slovakian president is a rare exception in this regard. And there is a good reason for this. Prior to becoming the leader of her country, Čaputová had been involved in activism. In her hometown, she was the face of a campaign against a proposed landfill that would have polluted the environment.

She fought for 10 years and eventually succeeded as the court ruled the landfill was violating environmental norms. For her achievement, Čaputová was awarded the Goldman Environmental Prize in 2016. She was voted in as the president of Slovakia with a 58 percent majority. During her presidential campaign, Čaputová proposed that the police force be independent of political influence and that the department would be better led by an impartial professional.

Against the backdrop of her active history, it is no wonder that Čaputová chose to shed some light on Beijing’s horrible policies. “In line with the EU’s joint policy, I expressed concern and worries about the deteriorating situation in terms of human rights protection in China, about the detainment of lawyers and human rights activists, and about the position of ethnic and religious minorities,” she said in a statement (Reuters). Čaputová raised her concerns with China’s state councilor Wang Yi.

The Slovakian President’s stand is in complete contrast to neighboring countries like Hungary and the Czech Republic, which seem to have capitulated to Chinese pressure. While Hungary has taken loans from Beijing to fund one of its rail projects, the Czech Republic has been a strong supporter of Huawei despite international concerns about its security threat.

China’s growing political clout was evident recently when ambassadors from 37 countries sent a letter to the president of the UN Human Rights Council in which they praised China’s efforts in Xinjiang, saying that Beijing’s actions have helped control terrorism in the region. Xinjiang is the region where over a million Uyghur Muslims are being persecuted by the Chinese regime. The 37 nations chose to overlook such a huge human rights violation and instead chose to side with the communist oppression.

The letter came after 22 countries, mostly from the West, asked China to stop the ethnic cleansing of Uyghurs and other minorities. “It’s a sign of desperation that a country feels the need to praise itself… The fact that China can arm-twist delegations into supporting them is nothing new. The fact that other states stood up to it on Xinjiang is an important step forward… If China feels it can deflect scrutiny of what is happening in Xinjiang it is mistaken,” John Fisher, the Geneva director for Human Rights Watch, said in a statement (The New York Times).

The signatories of the letter include Russia, Saudi Arabia, Pakistan, Venezuela, North Korea, and Cuba. China did not sign the letter. However, the content of the letter matched statements delivered by Chinese diplomats to the Human Rights Council in which it accused Western media of distorting facts and insisted that the people of Xinjiang were happier than ever before due to government intervention.