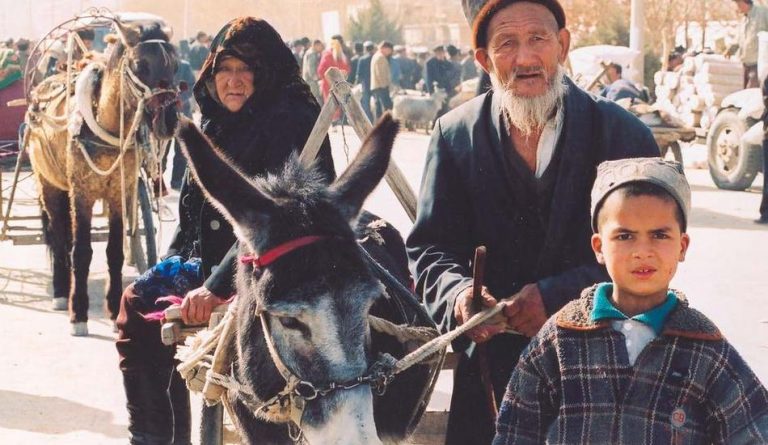 Amnesty International has called upon China to give it and other top international human rights agencies full access to Xinjiang. (Image: Todenhoff via Flicker)

China is being pressured to stop its mass detention of Uyghurs and other Muslim minorities by an unprecedented letter issued by the United Nations Human Rights Council ambassadors from 22 countries.

“We call on China to uphold its national laws and international obligations and to respect human rights and fundamental freedoms, including freedom of religion or belief in Xinjiang and across China,” the letter said (The Epoch Times). According to UN activists and experts, at least 1 million Uyghurs and other Muslims are currently being held by force in detention centers. The country describes them as centers for “transformation-through-education” to teach detainees new skills and prevent the proliferation of extremist ideologies.

But the fate of the detainees is largely unknown. After China adopted “Regulations on De-extremification” in March 2017, the discrimination against Uyghurs and other Muslim ethnic groups increased in Xinjiang. Anyone labeled as being “under suspicion of extremism” is sent to the re-education camps without a fair trial or access to lawyers. Additionally, some Muslims who were in the camps claimed they were abused and tortured.

In an interview with Amnesty International, Kairat Samarkan shared his experiences in the detention camps in October 2017. Along with him in the camp were almost 6,000 detainees. During his first 12 hours inside, he was forced to stand in a fixed position with his arms and legs in shackles. They sang political songs and were made to study Chinese Communist Party (CCP) speeches. And every meal, they had to chant “Long live Xi Jinping.” Failing to do so resulted in punishments, such as verbal abuse, beatings, isolation, and food deprivation. Samarkan shared that there have been a number of deaths inside the camps as well.

Kairat Samarkan is one of just a few who have been brave enough to open up about the events happening in these Chinese detention camps. The allegations have raised concerns in the international community, with nations expressing their belief that the world should no longer be kept in the dark about the true nature of these re-education camps in China’s remote western region.

In a statement condemning the mass detention, 22 member countries of the UN Human Rights Council made the first-ever joint move on the issue. “It is a first collective response on Xinjiang,” a Western diplomat told Reuters, as quoted by The Epoch Times.

Countries who signed the letter include Canada, Japan, Australia, the United Kingdom, and France. However, it was more of a statement than a formal letter or resolution submitted for a vote as governments fear the repercussions of going against China. Still, another envoy said that it is indeed a formal letter that will later become an official document of the council. The Geneva director at Human Rights Watch, John Fisher, said to CNN: “The joint statement is important not only for Xinjiang’s population, but for people around the world who depend on the UN’s leading rights body to hold even the most powerful countries to account.”

The United Nations High Commissioner for Human Rights, Michelle Bachelet, has reached out to China requesting that they allow the UN to access and investigate allegations of human rights abuses happening within the camps. But with the Chinese government increasing its grip on minority ethnic groups in the country through intensified surveillance and police force, while also providing journalists and diplomats with only a filtered truth, it’s just a matter of time until the pleading voices in China are completely silenced.

In response to the letter, more than 30 countries signed a joint statement defending China’s re-education camps and sent it to the UN Human Rights Council. The ambassadors were predominantly from Asian countries, along with Middle Eastern and African states.

Included in the letter is a statement praising China for its contribution to the international human rights cause. According to the signatories, the country’s action has only restored peace and security in Xinjiang and protected against terrorism, religious extremism, and separatism. “We note with appreciation that human rights are respected and protected in China in the process of counterterrorism and de-radicalization,” says an excerpt from the letter (Independent).

In light of the reports of what apparently really happens in these so-called “re-education camps,” the letter seems to resonate with the current Chinese Regime’s propaganda and falls very much in line with its perceived stance on human rights.