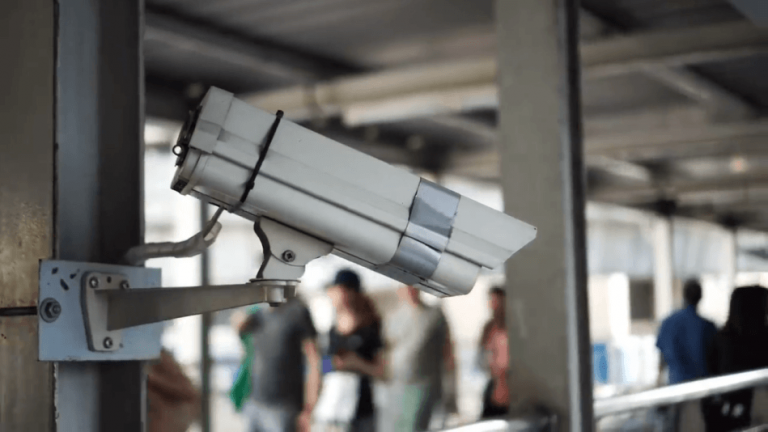 Several U.S. tech firms have been found to be involved in projects that might enable the Chinese Communist Party (CCP) to perfect their state surveillance systems. (Image: Screenshot / YouTube)

While U.S. President Trump’s administration has been criticizing Beijing’s authoritarian policies, it seems that American companies are actually helping China in this regard. Several U.S. tech firms have been found to be involved in projects that might enable the Chinese Communist Party (CCP) to perfect their state surveillance system.

A recent media report has revealed that the OpenPower Foundation, a nonprofit formed by IBM and Google, is in partnership with a Chinese company called Semptian. Together, they are said to be working on a new range of microprocessors that will have the ability to analyze vast amounts of data in a much more efficient manner. Semptian is a company that supplies surveillance and Internet censorship technologies to Beijing. As per an employee from the company, their technology currently allows the state to monitor Internet activities of about 200 million people.

Semptian has developed a mass surveillance system called Aegis that allows the government to see the connections between people in the virtual world and locate the information of any person inside the country. The system can also block access to websites, thereby enabling the CCP to censor specific content they do not want citizens to view. Aegis equipment has been integrated into the country’s Internet networks, allowing Beijing to covertly collect user email addresses, text messages, phone calls, Internet browsing history, and so on.

The very fact that the system is monitoring 200 million people is quite staggering since it would mean that the Aegis system is handling thousands of terabits of data every second.

“There can’t be many systems in the world with that kind of reach and access… There are questions about how much processing [of people’s data] goes on… but by any meaningful definition, this is a vast surveillance effort,” Joss Wright, a senior research fellow at the University of Oxford’s Internet Institute, said to The Intercept.

By choosing to work with Semptian on developing efficient microprocessors, Google and IBM are allowing the Chinese company to create next-generation mass surveillance in China. Senator Mark Warner, vice-chair of the U.S. Senate Intelligence Committee, was apparently disturbed by the findings. He was troubled that China was successful in hiring Western companies to improve their information control efforts.

Earlier, Microsoft came under scrutiny after it was revealed that the company had collaborated with a Chinese university that had ties to the military. California-based AMD had also entered into an agreement with a Chinese military contractor to create supercomputer chips. However, the Commerce Department intervened and blocked the deal.

“It is deeply disturbing that American companies are choosing to do business with the Chinese government as it continues to expand its mass surveillance and targeting of its own people… American companies should rethink their role in aiding China’s human rights abuses and efforts to supplant America’s global leadership,” Senator Marco Rubio said in a statement (NBC News).

Asset managers are also being criticized for investing money in companies and projects that benefit Beijing’s authoritarian policies. Firms like Fidelity, Aberdeen Standard Investments, and Schroders have invested around US$1 billion in companies supplying CCTV and facial recognition surveillance technologies that facilitate Beijing’s crackdown on Uyghur Muslims and other minorities in Xinjiang.

The California Public Employees’ Retirement System, the largest public employee retirement fund in the U.S., has invested a part of its funds in Megvii and SenseTime, two Chinese facial recognition firms used by the government to manage its surveillance network.

Almost 19 American pension plans are believed to have an indirect investment in one of these surveillance firms. Some lawmakers have proposed a bill that seeks to sanction companies, including asset management firms, that deal with Chinese businesses involved in human rights violations.